Maharashtra's Shame: Africans are Referred to as 'N*****s' in SSC Textbook 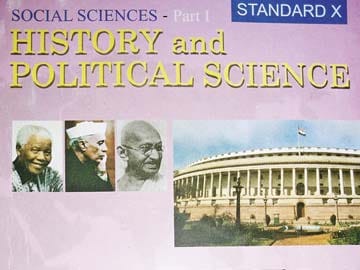 Mumbai: The world may have realised its folly and moved on, but, for the Maharashtra State Board, Africans remain 'N*****s'. What's worse is that this, and many other errors, had been pointed out in the SSC history textbooks by teachers and the media last year and the new textbooks released for this year continue to have them.

"While some of the major spelling errors have been corrected in this year's edition of the Std X history book, it is really sad that it still has so many grammatical and factual errors (see box)," said Shobha Ramana, a history teacher at a school in Vashi.

Teachers said that the text explaining the Cold War and the Importance of Computers is difficult to fathom. They said these things had been pointed out last year but no changes have been made. "Japanese history forms a big part of the book, but most of the names of Japanese leaders have been spelt wrong. How does the board expect children to study?" asked Ramana.

Last year, teachers had pointed out glaring errors in the book to the Maharashtra State Board, which included spelling errors like Suez Canal being referred to as the 'Sewage Canal'. After a series of media reports, the state board had sent clarifications to the schools in their monthly magazines and instructed the Board of Studies for the History subject to look into the errors and release error-free textbooks for this academic year.

While some errors have been corrected, history teachers maintain that many still remain. "Last year, the textbooks were almost unusable because of the errors and we had to type out some parts of the book and give photocopies to our students. We didn't want students to write wrong answers in their board exams.

It's really sad that the errors still exist," said another history teacher from an Andheri school. She said that while senior history teachers had pointed out the mistakes and made changes before teaching students, many new teachers had not. "Only the Lord knows what our students have written in their SSC exams this year. We'll know only after the results are out," she said.

This is what they learn
- Africans are referred to as N*****s throughout the textbook
- Iconic Russian author Alexander Pushkin has been referred to as Alexandria Pushkin
- Page 6 defines globalization as: When world is improving its economic condition has effected the world that is called world economy.
- The International Labour Organisation is called the International Workers' Union
- Hungary is spelt 'Hungery', Bulgaria as 'Bulgeria' and the Warsaw Treaty as 'Warsa Treaty'
- National Integration is referred to as National Integrity
- The book mentions that the Triple Alliance was between England, France and Russia and the Triple Entente between Germany, Italy and Austria. It was actually the exact opposite.
- On page 7, the book mentions that the Kanagawa Treaty was signed between Japanese Prime Minister Tokugawa Shogun and America. Tokugawa Shogun was what the military government was called.
- On page 23, the textbook refers to a political issue between Sweden-Finland and Holland whereas the issue was between Sweden-Finland and the Aland Islands
- On page 26, the League of Nations has been referred to as the United Nations in the book

Decipher this
A section on the Importance of Computer on Page 63 reads: Computer has become a super friend not only of Indians but of the whole human race.

While explaining its importance, it can be stated as 'computer to literacy' and 'ethics to internet' have become the aims of life...All latest information regarding its birth, its kinds, spread, intimation is up to date with us...

Geography too
The newly released Std III Geography textbook has also drawn flak from teachers. The Mumbai Geography Teachers Association (MGTA) has pointed out that a map on page 55 shows Backbay printed in place of Colaba while the Vasai and Malad creeks have been marked on land. Also, the map shows something called the Worli river, which does not exist. The MGTA has written to Balbharti about these errors.

Promoted
Listen to the latest songs, only on JioSaavn.com
The other side
When mid-day contacted state education chairman G K Mamane about these errors, he said, "The errors have been rectified and if the teachers find any more errors, they can write to us and we will issue clarifications in our monthly magazine."