Activists say Maharashtra should stick to the ban 100 per cent, otherwise things may go back to square one 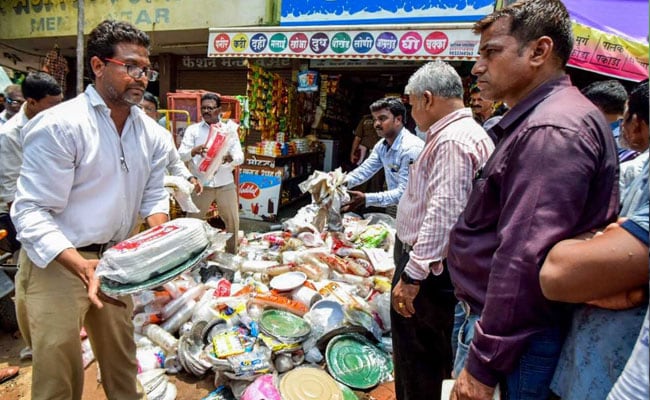 In its first major backtracking move, the plastic ban in Maharashtra has been relaxed for general and grocery stores from today. This, after several reports on lack of alternatives for packing products that are sold at kirana stores.

Several shopkeeper associations had met the minister and complained about the situation.

"The plastic ban has been relaxed for general and grocery stores, which sell loose products like oil, rice, sugar in retail packaging. This will be effective from June 28. Ban on the use of plastic by public continues," Maharashtra's environment minister Ramdas Kadam told NDTV.

Activists who have pushed for the ban, however, feel that this relaxation will take things back to square one.

"Why should the government or MCGM relax after imposing the plastic ban for which sufficient notice of over six months was given?" activist Prakash Munshi, who has been working with actor Juhi Chawla to push for the plastic ban, told NDTV.

"The ban has made vendors and other suppliers think out-of-the-box to do their business. After all, before plastic was introduced, all did business with other alternatives," Prakash Munshi said.

Fearing more pressure on the authorities to further dilute the ban, Mr Munshi told NDTV: "The authorities should stick to the ban. We all will be inconvenienced for a few days but will get used to the new way of life."

"Today, the traders put pressure. Tomorrow, the high and mighty plastic manufacturers with political clout will put pressure. Will the government and MCGM fall prey to such pressures?" he said.

On March 23, the state announced a ban on manufacture, use, sale, distribution and storage of plastic materials such as one-time-use bags, spoons, plates, PET and PETE bottles and thermocol items.

The government had given three months to dispose the existing stocks, which ended on June 23.

The civic authorities have imposed a fine of Rs 5,000 for first-time offenders and Rs 10,000 for second-time offenders. Those who violate the ban for the third time will face a fine of Rs 25,000, along with a three-month imprisonment.