Maharashtra has become the 18th state in India to enforce the ban.

Mumbai: The Maharashtra government's ban on plastic has got a thumbs up from residents, who say that the move will be beneficial in the long run. People in Mumbai were seen using sustainable alternatives like jute and cloth bags.

"It's not that we aren't facing any difficulties, but it will be beneficial for us in the long run. We are happy with the decision," Mumbai residents were quoted by news agency ANI.

From today, use of plastic, disposable items and one-time use plastic can't be used anywhere in the state. The ban comes in the backdrop of the environmental risks and harm posed by plastic items to wild animals from ingestion or entanglement, making Maharashtra the 18th state in India to enforce the ban.

Maharashtra generates 1,200 tonnes of plastic waste everyday; Mumbai alone generates 500 metric tonnes of everyday which accounts for nearly 10% of its total waste. While this ends up in the garbage dumps and landfills, a lot of the plastic also ends up clogging drains and in the sea, leading to massive marine pollution around Mumbai.

One lakh marine animals are killed due to plastic every year globally and coastal areas around Mumbai have also seen marine life deaths due to plastic. Versova-based lawyer Afroz Shah, who has been spearheading the beach clean-up since October 2015, has removed over 15 million kg of plastic from just Versova beach along with his team.

Shiv Sena Leader Aditya Thackeray, who has been instrumental in pushing through the ban on single use plastics, called it a "historic step" towards bettering the lives of all citizens and protecting the environment.

I congratulate the citizens for making this into a movement, even before the ban was enforceable, giving up single use disposable plastic. Many restaurants, hotels have given up straws as well. We are taking steps towards cleaner rivers, oceans and closer by, cleaner nullahs 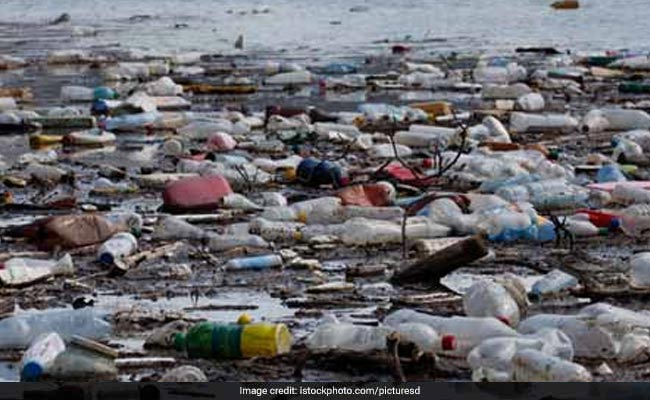 Mumbai's beaches have struggled with the problem of plastic pollution for years.

Errant manufacturers will face a strong action, but common people and small traders will not be harassed, Maharashtra Environment Minister Ramdas Kadam said. "We will ensure that common people and small traders are not harassed. But strict action will be taken again plastic manufacturers (if they break the law)," the senior Shiv Sena minister said.

"This decision has been taken for the betterment of the state," he added.

On March 23, the state government imposed a ban on manufacturing, use, sale, distribution and storage of plastic materials such as one-time-use bags, spoons, plates, PET and PETE bottles and thermocol items. The government gave three months for the disposal of existing stocks.

Star couple Kajol and Ajay Devgan, appealed to citizens to make "little effort" to save the city, the country and the world from plastic pollution.

Promoted
Listen to the latest songs, only on JioSaavn.com
"We always think of leaving something for our kids. We think of leaving property or bank balance for them. It would be better if we thought of leaving behind green environment for them."