Mahaa Navami 2019: The ninth day of Navratri, celebrated in honour of Goddess Siddhiratri, one of the nine forms of Goddess Durga or Shakti. 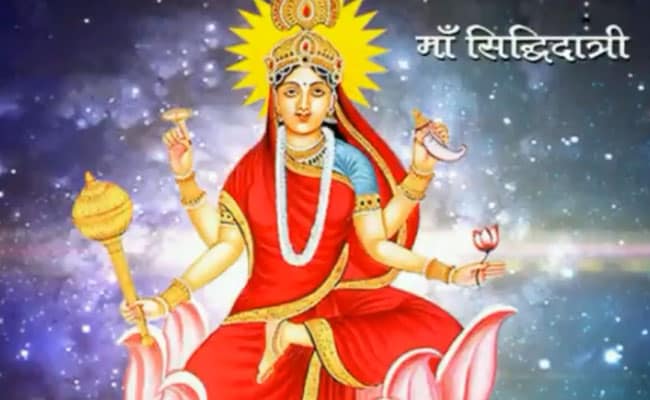 On Maha Navami today, Prime Minister Narendra Modi shared greetings with everyone. The ninth day of Navratri, celebrated in honour of Goddess Siddhiratri, one of the nine forms of Goddess Durga or Shakti, is an auspicious occasion that gives knowledge and spiritual power to the devotees. It is believed that by worshiping Goddess Siddhiratri, all kinds of knowledge can be easily learned and the suffering goes away.

"On Maha Navami's auspicious occasion, I extend greetings to everyone. With the blessings of Goddess Siddhiratri, may we all get accomplished," PM Modi shared on Twitter.

In the eastern and northeastern states of India, Durga Puja is synonymous with Navaratri. On Maha Navami, Goddess Durga is believed to have made her final assault on demon Mahishasura, and the following morning, on Vijayadashami, triumphed over him. Vijaydashami wil be celebrated tomorrow. Vijayadashami is also celebrated as Dussehra signifies victory of good over evil. Lord Rama is believed to have killed demon king Ravana on this day. In the southern states, Dasara is celebrated as the victory of different goddesses (Goddess Chamundeshwari), and Lord Ram is celebrated. In all cases, the common theme is the battle and victory of good over evil.