Every day, Madhya Pradesh was losing Rs 5 to 10 crore because of illegal sand mining in Bhind and Datia districts alone, Govind Singh said. 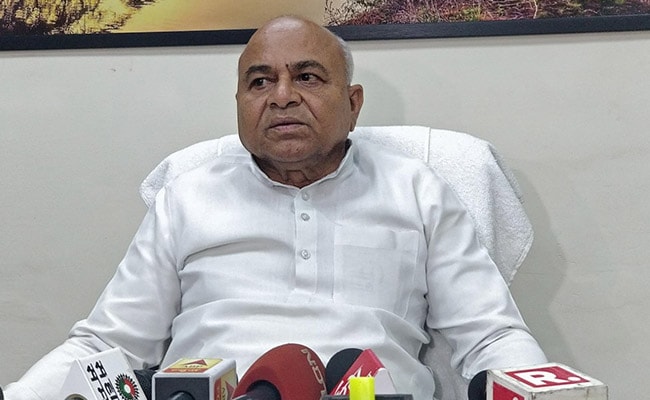 Govind Singh apologised to the public for not being able to stop the illegal mining.

The sand mafia is still "looting" the people of Madhya Pradesh and the government is unable to stop it - the severe accusation has been made not by a member of the opposition but a senior cabinet minister in the state.

Govind Singh, who has the Cooperatives and General Administration Department portfolios, has also alleged that 90 per cent of policemen and 10 per cent of mining officials were involved in illegal sand and stone mining businesses and exploiting natural resources.

"In the last 15 years, five to six people have been killed by the mining mafia in Bhind alone but no action has been taken. I have appealed to Chief Minister Kamal Nath to put an end to the prevalent illegal mining in the state but nothing has been done so far," he told NDTV.

"The police is corrupt. Every police station takes around Rs 50-60 lakh a month as bribe from the mining mafia. The state government has also not taken any strict decision to put an end to the illegal mining in the state," Dr Singh added.

He also apologised to the public for not being able to stop the illegal mining.

A seven-time sitting MLA from Lahar seat of Bhind, Dr Singh is also the minister in-charge for Datia district of Gwalior-Chambal region.

Every day, the state was losing Rs 5 to 10 crore because of illegal sand mining in Bhind and Datia districts alone, he said.

Soon after he went public with his statements, he was attacked by several Congress leaders including Public Works Department (PWD) minister Sajjan Singh Verma who is considered close to Chief Minister Kamal Nath.

Mr Verma said instead of going public, Mr Singh should have done something about the problem in districts like Datia, Bhind and Morena.

Leader of the Opposition Gopal Bhargava also wrote a letter to the chief minister saying, "The disclosures by the minister are an eye-opener about how the mining mafia is flourishing in the state with the nexus of police and officials. The extent of corruption is also shocking as more than Rs 100 crore were exchanged by the mafia through illegal mining. This is a serious matter and if government does not take action, I will stage a sit-in in front of chief minister's residence."

Former Chief Minister Shivraj Singh Chouhan also said, "A minister has disclosed the rate of a police station in-charge but the Chief Minister is silent. Natural resources like rivers and mountains are being looted in the state."