Madhya Pradesh BJP's Prahlad Lodhi was convicted in a 2014 case connected to the attack on a government team which had gone to stop illegal sand mining in Panna. 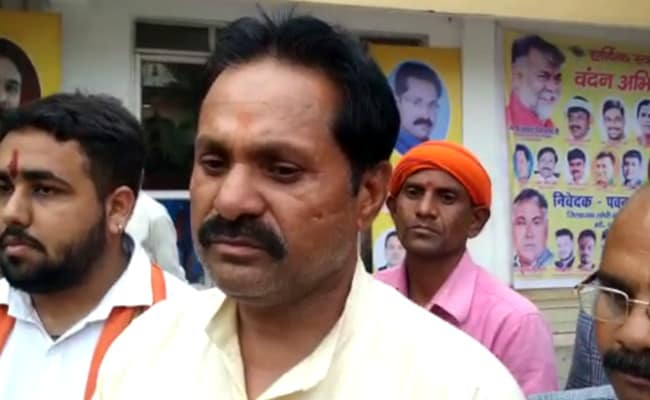 Prahlad Lodhi was elected from Pawai seat of Panna district in Madhya Pradesh.

The Madhya Pradesh High Court has put a stay on conviction and the jail term of now-disqualified BJP MLA Prahlad Lodhi who was convicted in a criminal case and sentenced to two years in jail by a court in Bhopal last week.

Prahlad Lodhi had petitioned the high court in Jabalpur on Monday, challenging his conviction in the criminal case as well as sought a stay on the two years' prison term awarded to him by the special court in Bhopal on October 31 in a 2014 assault case.

Putting a stay on the politician's conviction and sentencing, the high court said he was disqualified by the state assembly speaker in a "hurried manner". Prahlad Lodhi will have to submit Rs 40,000 as bond.

Mr Lodhi, an MLA from Pawai seat of Panna district in Madhya Pradesh, was convicted in a 2014 case connected to the attack on a government team which had gone to stop illegal sand mining in Panna.

The court sentenced him to two years in jail, but granted him bail and time till November 12 to challenge the verdict in a higher court.

Two days later after his sentencing, on Saturday evening, speaker Narmada Prasad Prajapati disqualified Mr Lodhi as per a 2013 Supreme Court order which paved passage for automatic disqualification of a lawmaker if awarded punishment of two years or more in a criminal case.

The speaker also declared the Pawai assembly constituency as vacant paving way for bypolls in the seat.

"We've submitted before the Governor in written that the speaker's decision of disqualifying our legislator and declaring his assembly constituency vacant for by-election is totally unconstitutional, particularly as such decision can only be made by either the House or else by the Governor and not by the Vidhan Sabha Speaker. The Governor has assured to look into the matter," said former Madhya Pradesh assembly speaker Sitasaran Sharma.

Prahlad Lodhi's disqualification as a legislator means that the BJP - which is in opposition in Madhya Pradesh - now only has 107 members in the House. With the Pawai assembly seat being declared vacant, the total strength of assembly too falls from 230 to 229. In the 229-member house, the Congress is in majority with 115 members, followed by BJP with 107 MLAs and four independents, two from Maywati's Bahujan Samaj Party (BSP) and one from Samajwadi Party(SP).

All the independents, the BSP and the SP MLAs are supporting the Congress-led Kamal Nath government.