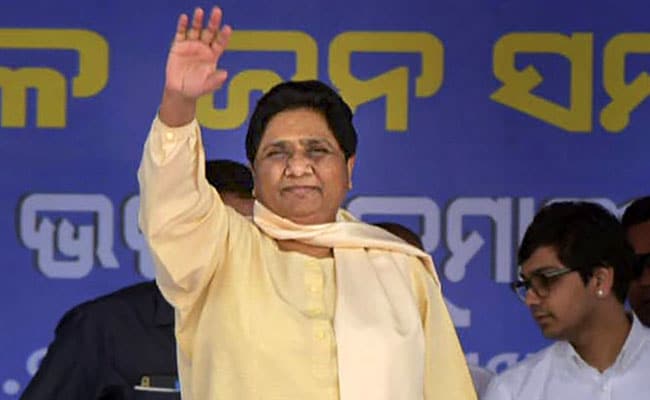 Mayawati has attacked PM Narendra Modi saying that he will be voted out by the people of UP.

Prime Minister Narendra Modi deceived the people of Uttar Pradesh and so the state has made up its mind to not give him a second term, Bahujan Samaj Party chief Mayawati, who claims a large following among the state's Dalit community, said on Sunday, two days before the third round of voting for the seven-phase Lok Sabha elections.

In a couple of tweets in Hindi, Mayawati said, "Mr Narendra Modi is going around UP saying that UP made him PM of the country - which is right - but why did he deceive and betray 22 crore people of UP? If UP can make him PM, they can remove him too, all signs of which are visible."

"PM Modi heard his Mann Ki Baat and just like that declared himself a member of the backward classes but BSP-SP-RLD heard the Mann Ki Baat of the people, understood it, and respecting that, in extraordinary interest of the nation, formed an alliance among themselves because of which there is joy among the people and panic in the BJP," she added.

The Prime Minister and the BJP have strongly criticised the coalition, expected to draw votes from a huge range of communities, saying that the alliance does not share a common ideology and is blatantly opportunistic.

With its huge population, Uttar Pradesh sends the largest number of lawmakers to the 543-seat Lok Sabha at 80. For decades, it has been the most decisive state in the outcome of national elections. PM Modi's giant mandate in the last elections was powered by the huge 71 seats that the BJP scored in 2014. A scattered opposition vote helped the BJP's clean sweep then.

Uttar Pradesh is voting in all seven phases of the Lok Sabha elections that began on April 11 and will go on till May 19. Results will be declared on May 23.