Lok Sabha elections 2019: Sharad Pawar - the chief of Nationalist Congress Party -- had announced his retirement from electoral politics in 2012. 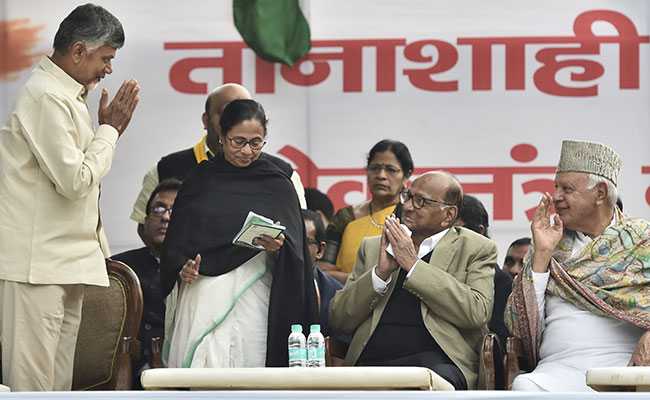 Veteran leader Sharad Pawar, who said he has quit electoral politics, will be up for election in the coming Lok Sabha polls, due by May. The 78-year-old will contest from Madha, the constituency he won in 2009. Currently the seat is being held by party leader Vijaysinh Mohite-Patil. Mr Pawar's stronghold Baramati is being held by his daughter Supriya Sule, who would contest from there again this time.

Mr Pawar - the chief of Nationalist Congress Party -- had announced his retirement from electoral politics in 2012, saying he wished to make way for the party's GenNext. But last week, he hinted that he was likely to change his mind. Mr Pawar said he was being pressured by his party to contest elections and while he has "no desire to contest", he promised to "think about their demand".

Today, senior party leader Praful Patel told reporters, "All senior leaders have requested Pawarji to contest this Lok Sabha election from Madha Constituency. He will take his decision shortly and we will announce it accordingly".

The rollback by Mr Pawar comes as Opposition leaders like Mamata Banerjee and Mayawati are seen as jockeying for the top job in the united opposition, which will clear the path to the Prime Minister's post in case of a favourable mandate. The aspirations of Mr Pawar for the country's top office being well known, there is speculation that he also wants to throw his hat in the ring.

Western Maharashtra, where Madha is located, is a stronghold of Mr Pawar's NCP.

Though there has been no announcement, the NCP has finalised a seat sharing arrangement with the Congress. The party is also pushing for an understanding with the MNS to consolidate Opposition votes in Maharashtra.

Sharad Pawar completed 50 years in politics in 2017. The politician who joined the Congress, has never lost an election since his entry to the Maharashtra Assembly in 1967 -- a feat that has eluded many of his contemporaries. His dream of becoming the Prime Minister, however, remains unfulfilled.

In 1999, Sharad Pawar formed the NCP along with PA Sangma and Tariq Anwar, both of whom later quit the party. The Congress had split over the demand to propose an Indian-born for the post of the prime minister, instead of Italian-born Sonia Gandhi.