BJP's Shaina NC Doesn't Spare Her Party In Tweets, Then A Clarification

Shaina NC's open criticism comes amidst talks that were hoping for a ticket following the announcement last year that the Shiv Sena and the BJP would fight separately. 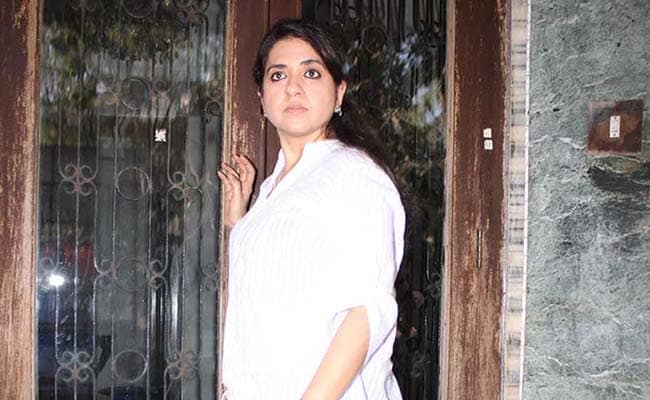 Shaina NC, one of the BJP's most prominent faces in Maharashtra and its spokesperson, has clarified on her tweet that raised a storm. The BJP spokesperson had earlier on Thursday said in tweets that she is "upset and appalled" to know that barring two parties, all others "pay only lip service to the cause of women". Her own party is not one of those two exceptions, signaling that she is unhappy with her party leadership at being passed over as a candidate for the national election.

In a tweet later in the evening, she clarified, "It's not about ME. In fact my party #BJP has fielded more women than others. Ours is the only political party that has 33% reservation in organisational posts. However women must speak up in their individual parties for more women candidates irrespective of reservation."

Shaina NC had earlier tweeted: "All political parties need to wake up. Women are 50 percent of the electorate. Upset and appalled to know that other than @MamataOfficial who has given 41 percent and @Naveen_Odisha who has given 33 percent to women candidates all other parties only pay lip service to our cause."

"Ability requires opportunity". Talent needs to be showcased. Leadership across the board need to give more #women #politicians a chance for us to prove our electoral competence," she had added.

Shaina NC's open criticism comes amidst talks that were hoping for a ticket following the announcement last year that the Shiv Sena and the BJP would fight separately.

Had the two parties contested separately the BJP would have had to find a candidate for the South Mumbai. However the discussions did not proceed much as eventually the Shiv Sena and the BJP eventually patched up and the South Mumbai seat went to the Sena which re-nominated sitting lawmaker Arvind Sawant.

As a party spokesperson, often seen on TV debates for the BJP, Shaina NC has spoken out in the past in support of empowerment of women through larger representation in state legislatures and parliament. She is considered one of the progressive voices in the party with a cosmopolitan outlook. A successful fashion designer in her own right, Shaina NC is often referred to as the Queen of Drapes. She is the daughter of the Nana Chudasama and also a member of the National Executive Council of the BJP. She has openly supported the Women's Reservation Bill that makes it mandatory for 33 per cent of seats to be reserved for women in Parliament and and legislative assemblies of states. Her tweets therefore are in line with her stance on women in Parliament even though they seem critical of her party.

Mumbai Congress President Milind Deora responded saying, "I can speak on behalf of the Congress party. We are committed to having reservation for women and we believe women should have a greater role in politics. I personally believe that. I believe any organization, private sector or government, which is run by women, performs much better than organisations run by men. Why she has said that about BJP is an internal matter between BJP and her."