Election 2019: The electoral fortunes of Congress leader Mallikarjun Kharge (Gulbarga) and Union Minister Anant Kumar Hegde (Uttara Kannada), among others, will be decided when polling is taken up in Karnataka. 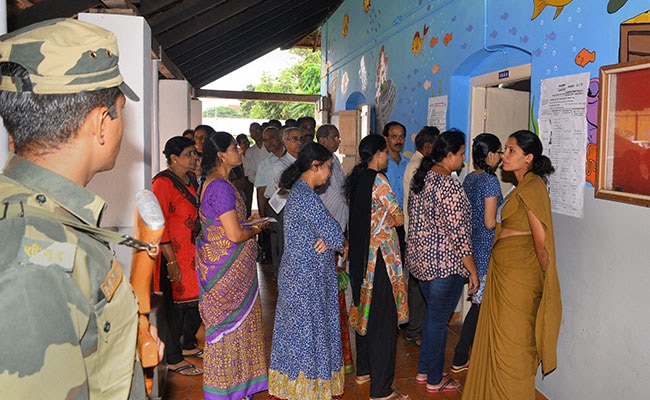 Many parts of Karnataka and Kerala will go to the polls in the third phase of the Lok Sabha elections today. While an estimated 2.43 crore voters will decide the fate of candidates in 14 seats across western and northern Karnataka, 2.61 crore are expected to cast their votes in Kerala's 20 constituencies.

The electoral fortunes of Congress leader Mallikarjun Kharge (Gulbarga) and Union Minister Anant Kumar Hegde (Uttara Kannada), among others, will be decided when polling is taken up in Karnataka. Constituencies going to the polls as part of the third phase in the state are Chikkodi, Belgaum, Bagalkot, Bijapur, Gulbarga, Raichur, Bidar, Koppal, Bellary, Haveri, Dharwad, Uttara Kannada, Davanagere and Shimoga. Of these, Bijapur and Gulbarga are reserved for Scheduled Caste candidates and Raichur and Bellary for Scheduled Tribes candidates.

Women constitute 10 of the 237 candidates contesting the elections in the state.

Kerala, on the other hand, will have Congress president Rahul Gandhi (Wayanad), Union Minister Alphons Kannamthanam (Ernakulam) and Shashi Tharoor (Thiruvananthapuram) vying for victories in their respective Lok Sabha constituencies.

Rahul Gandhi -- who decided to contest from Wayanad last month -- will take on the Left Democratic Front's PP Suneer, while Shashi Tharoor is expected to face a tough challenge from senior BJP leader and former Mizoram Governor Kummanam Rajashekharan.

Voters in Kerala have traditionally opted for either the Congress-led United Democratic Front or the Left Democratic Front, but the BJP hopes to pose a formidable challenge in at least three constituencies of Thiruvananthapuram, Pathanamthitta and Thrissur in the wake of the Sabarimala agitation. Even when the fabled Modi wave was at its peak in 2014, the UDF had won 12 seats and the LDF eight in Kerala -- leaving nothing for the BJP.

Women voters, at 1.35 crore, outnumber male voters at 1.27 crore in Kerala. As many as 147 transgendered people will also cast their votes tomorrow.