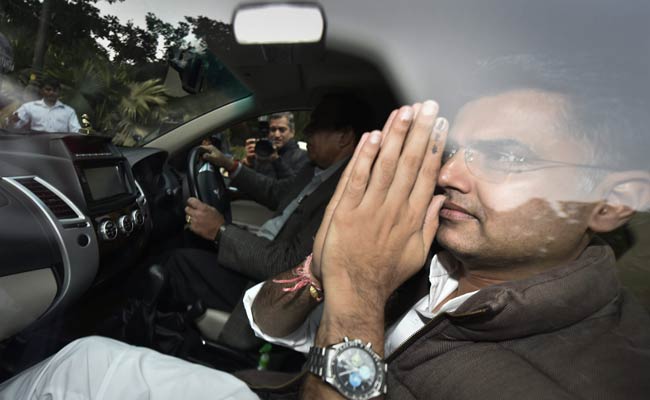 Congress's Rajasthan chief Sachin Pilot on Wednesday called for a comprehensive review of the party's shocking Lok Sabha election loss in the state, months after an impressive win in assembly polls. The party's state unit also passed a resolution supporting Congress chief Rahul Gandhi and authorising Mr Pilot to revamp the party at the earliest.

Chief Minister Ashok Gehlot, who was also present in the meeting, decided not to speak on the losses and allegations against him that he focused way too much on his son Vaibhav Gehlot's election campaign. Mr Gehlot had already circulated a fact sheet that showed out of 104 rallies, he addressed only 11 in Jodhpur, his son's constituency.

Congress president Sachin Pilot, on the other hand, was direct and candid.

"We could not win the election in Rajasthan. We were not successful on a single seat. We accept this defeat but we must have an open discussion that five months after we formed the government here, why did the people choose the BJP. We will discuss in an open environment, we will introspect," he said.

Apart from Sachin Pilot, two other ministers from the Gehlot cabinet have asked for the and fixing accountability.

One minister, who tendered his resignation on social media and accepted moral responsibility for the loss, has gone missing since Sunday and is yet to surface.

Today, the Congress candidate from the prestigious seat of Jaipur, Jyoti Khandelwal, also hit out at party workers.

"I have written to Rahul Gandhi ji. There was something completely wrong in our booth management. People were not in place (they were supposed to be). Infact, in Malviya Nagar, the congress MLA candidate was not in the field, she was in the PCC. Her husband was openly exhorting people to vote for the BJP's Ram Charan Bohra," she said.

"I think we should have an investigation into what went wrong with the Congress," she added.