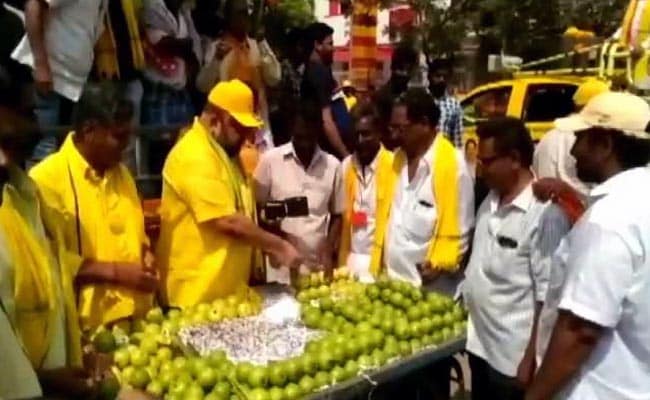 TDP leader Maganti Venkateswar Rao, who is contesting in the upcoming Lok Sabha election from Eluru seat, sold guavas for a brief period of time while campaigning in Kaikaluru area on Saturday.

Andhra Pradesh, which has 25 Lok Sabha seats at stake, will vote in a single phase on April 11.

Results will be declared on May 23.