"Shiv Sena Against Minorities, Teach Them A Lesson": Milind Deora 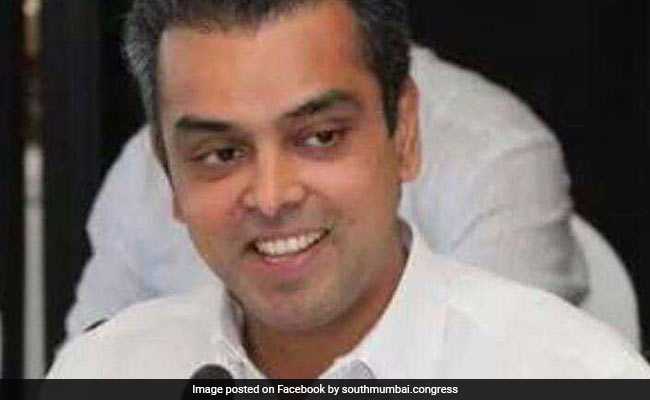 Congress's Mumbai unit chief Milind Deora on Tuesday slammed the Shiv Sena, accusing the party of having a bias against minorities. Speaking at a public meeting in his constituency, Mr Deora said that the party had insulted Jain community by cooking meat outside their temple in Mumbai during Paryushan festival in 2015. He asked voters to teach Shiv Sena a lesson in the national election.

"Shiv Sena has been against minorities. A few years ago, they insulted Jain religion by cooking meat outside Jain temples during Paryushan festival. You must remember this and teach them a lesson through your votes," Mr Deora, who is contesting election from Mumbai South Lok Sabha seat, said. The Brihanmumbai Municipal Corporation (BMC) had banned the sale of meat for four days during Paryushana festival in 2015.

The Shiv Sena and MNS had protested against the ban. Defying the ban, members of the two parties had gathered outside a Jain temple and begun selling chicken. They were later detained. Shiv Sena, in its mouthpiece 'Saamana', had also slammed Jains for their insistence on banning the sale of meat during their festival 'Paryushan'.

"Shiv Sena has never done such a thing. And will never do it. This is all politics. Now I want to ask him (Deora) whom will you ask votes from in Byculla, Mumbadevi, Kalbadevi?" Arvind Sawant told NDTV. The areas mentioned by the lawmaker has a sizable Muslim population.