Lok Sabha Election 2019: Girish Bapat had wanted to contest from Pune in 2014 but Anil Shirole was preferred over him. This time, however, the BJP feels Mr Bapat will be a better candidate to take on the NCP-Congress combine 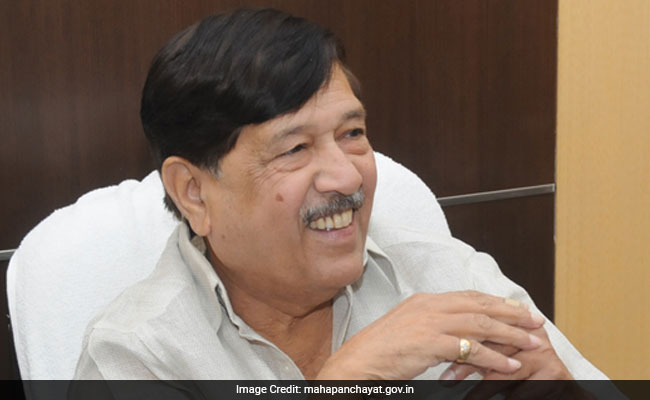 Girish Bapat had wanted to contest from Pune in 2014 but Anil Shirole was preferred over him. This time, however, the BJP feels Mr Bapat will be a better candidate to take on the NCP-Congress combine, which is yet to announce a candidate. After being denied the Lok Sabha ticket in 2014, Mr Bapat later won the assembly elections from Kasba in a tough poll battle with MNS candidate Ravindra Dhangekar, who has now joined the Congress. Mr Bapat, by virtue of being the guardian minister for Pune, is a more recognized face in the city and he also holds the important food and civil supplies portfolio in the state. He had faced flak for being on a junket abroad during the Tur dal procurement crisis in the state in 2017.

The Congress is yet to declare its candidate for Pune as there is an internal tussle. Abhay Chhajed, Mohan Joshi and Arvind Shinde are among the contenders from the Congress for the seat. Meanwhile, Mr Bapat has already started campaigning in the constituency.

Another sitting lawmaker who has been dropped is Sharad Bansode from Solapur. The BJP has given the ticket to Jaisidhesvar Swami this time. Sharad Bansode had managed an impressive victory against Congress leader and former Chief Minister and Union Home Minister Sushil Kumar Shinde who lost by a huge margin. Mr Shinde is contesting this time again and will face Jaisidhesvar Swami as the NDA candidate.

The BJP has also decided to field Kanchan Kul, the wife of Daund legislator Rahul Kul from Baramati, the NCP bastion in Pune district. The NCP's candidate is Supriya Sule, daughter of NCP chief Sharad Pawar. Rahul Kul is the MLA from the Rashtriya Samaj Paksh (RSP), a smaller party and an alliance partner of the BJP in Maharashtra.

In place of AT Nana Patil from Jalgaon in north Maharashtra, the BJP has chosen Smita Uday Wagh who is an MLC from the BJP. The NCP's Gulabrao Deokar is fighting this seat as a candidate of the Congress-NCP alliance. Girish Mahajan, the state water resources minister and a close aide of Devendra Fadnavis who is also from Jalgaon was instrumental choosing Smita Uday Wagh as the candidate. AT Nana Patil had defeated NCP's Annasaheb Satish Bhaskarrao Patil by a record margin of over three lakh votes in the 2014 general election but this time could not convince the leadership to give him a ticket. Smita Wagh's husband is the district president of the BJP and close to Girish Mahajan.

With the latest list, the BJP has declared names of 22 candidates for the 25 seats the party is contesting out of 48 seats in the state. It has also dropped seven sitting MPs in total. The other 23 seats in the state are being contested by its ally the Shiv Sena. The BJP had won 22 of the 24 Lok Sabha seats that it contested from Maharashtra in 2014 general elections.