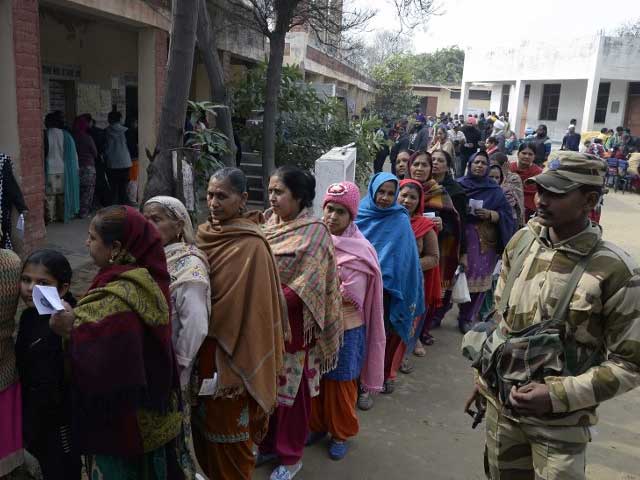 Punjab and Goa Elections 2017: The two states voted for the assembly polls on Saturday.

New Delhi: Punjab and Goa voted for key state elections today, with around 2 crore eligible voters deciding the fate of more than 1,300 candidates. Voting began at 7 am in Goa, 8 am in Punjab and ended at 5 pm in both the states. Preliminary reports said that around 70 per cent of voters voted in Punjab while in Goa the turnout was 83 per cent. The elections in the two states are seen as a test of the Aam Aadmi Party's expansion plans beyond Delhi. For the BJP, which is power in both the states, it will be the first electoral contest since November's notes ban. Votes for Punjab and Goa elections, along with three other states, will be counted on March 11. The Election Commission addressed the media about voting in both the states.

Promoted
Listen to the latest songs, only on JioSaavn.com
Here are highlights from the Election Commission's news conference on voting in Punjab and Goa: