Asked Why She Is Not Contesting Polls, Ahmed Patel's Daughter Says This 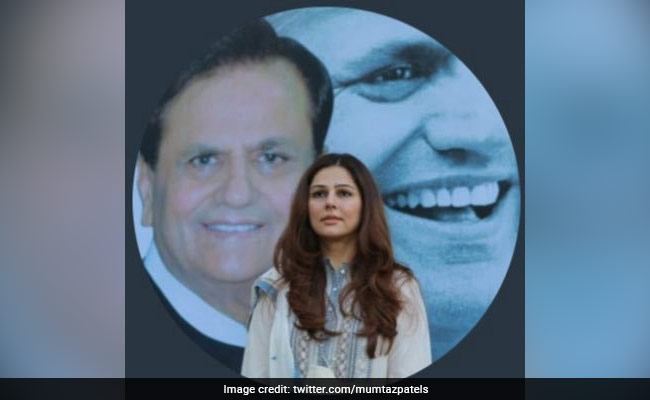 Mumtaz Patel, daughter of late Congress leader Ahmed Patel, said the Congress will win in Ankleshwar Assembly Constituency despite it being a neck-to-neck fight in the first phase of the Gujarat assembly elections.

"We are advocating a change. There is a neck-to-neck fight here (Ankleshwar) yet I am confident that Congress will win," said Mumtaz Patel.

Mumtaz Patel voted at a polling booth in Ankleshwar, Bharuch.

When asked about not contesting the elections this year, she said that she needs time to understand and would first like to observe things.

"For the time being, I'll observe and understand things. After that, I'll go among the public and then, I'll contest," said Mumtaz Patel.

"Let's see after a year," she said when asked if she'll contest in the Lok Sabha polls.

Polling for the first phase of the Gujarat Assembly election is underway amid tight security arrangements.

The polling is taking place in 89 constituencies spread across 19 Kutch, Saurashtra and South Gujarat districts.

The ongoing polling for the first phase of the Gujarat Assembly elections has recorded a 4.92 per cent voter turnout till 9 am.

The counting of votes will be done on December 8. Results of the Himachal Pradesh assembly elections will also be declared on the same day.