The Trinamool Congress on Sunday said state governments should be allowed to carry out their duties without any intervention from the Centre. 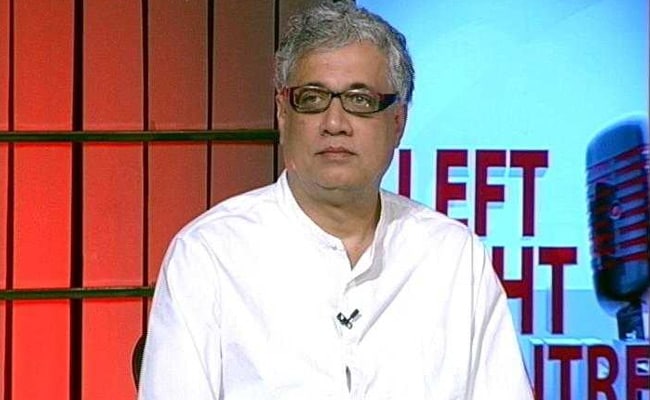 The Trinamool Congress on Sunday said state governments should be allowed to carry out their duties without any intervention from the Centre, amid political violence and a doctors' strike that has paralysed medical services in the state.

"In a true federalism structure, stop interfering in states. The elected state governments must be allowed to run the states and institutions independently," TMC's Parliamentary Party leader in the Rajya Sabha Derek O'Brien told reporters after the all-party meeting convened by Prime Minister Narendra Modi in New Delhi on Sunday.

Sudip Bandyopadhyay, who is the TMC's Parliamentary Party leader in the Lok Sabha, was also present in the meeting.

The political heat in West Bengal continues to be high ever since the Bharatiya Janata Party made deep inroads in the state after winning 18 seats and limiting the TMC to 22 seats in the recently concluded Lok Sabha elections.

Widespread violence involving the BJP and the TMC workers was witnessed during the Lok Sabha elections in the state, with both parties trading blame over the issue.

Meanwhile, the strike of doctors from the past six days after two of their colleagues were attacked and seriously injured over an issue of alleged negligence at the NRS Medical College and Hospital in Kolkata on Monday has crippled health services in the state.

Mr O'Brien also said that electoral reforms including the state funding of elections should be discussed by all parties. "All of them should agree at the earliest, including paper ballots," he said.

Talking about the scrutiny of Bills, he said, "We have told the government that in the last five years, 25 per cent of Bills were scrutinised by the Parliamentary Committees before these were passed."

"As much as 75 per cent of Bills were scrutinised in the first 60 years. In the 16th Lok Sabha, only 25 per cent underwent parliamentary scrutiny. So, we suggested that at least 75 per cent should be scrutinised by the Standing Committee," he said.

Mr O'Brien also said that the Women's Reservation Bill should be passed in the first 10 days of the Budget Session of Parliament.

"Between 1977 and 2005, out of 10 Bills, two of them were Ordinances. But, in the last one year, there were four Ordinances out of 10 Bills. So I request the government to not use the Ordinance route. TMC feels that Ordinance should be used only for emergency," he said.

Prime Minister Narendra Modi has called a meeting of the presidents of all political parties represented in Parliament on June 19 for interaction and exchange of ideas, said Union Parliamentary Affairs Minister Pralhad Joshi.

"Prime Minister Modi would also like to discuss important issues including one nation, one election and 150th birth anniversary of Mahatma Gandhi," he told reporters.

To build team spirit in the Parliament, the Prime Minister has called a meeting of all Lok Sabha and Rajya Sabha MPs on June 20, Mr Joshi said.

A meeting of National Democratic Alliance (NDA) leaders will take place in the Parliament later in the evening to discuss strategies for the upcoming session.

The first session of the 17th Lok Sabha has been convened from June 17 to July 26 during which the Union Budget will be presented by the new government on July 5.

On the first two days, new parliamentarians will take the oath. The election for the Speaker of the 17th Lok Sabha is scheduled to be held on June 19.