Around ten court staff were in the room, who made a quick exit and bolted the door from outside. 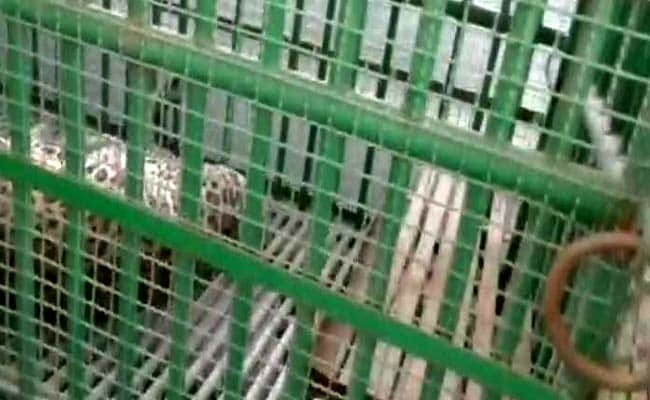 The leopard was caught using a tranquiliser gun and will be released into the wild soon.

A leopard caused panic after it strayed inside a court building in Gujarat's Surendranagar district on Friday. It was soon captured and no casualties were reported.

The leopard was first spotted hiding in an abandoned house next to the magistrate's court, following which locals alerted forest officials, said Deputy Conservator of Forest GA Zala.

"When we tried to catch the leopard, it jumped over the common wall and entered into court premises. Seeing so many people around, it then jumped into a room through its window," he said.

"Around ten court staff were in the room, who made a quick exit and bolted the door from outside. Our men closed the window. Then we learnt that two employees were still inside. Luckily, they could lock themselves up in a small chamber inside the room," said the officer.

The forest officials decided to rescue the people stuck inside first. As there was no chance of bringing them out through the main door, they were rescued by breaking the window of the chamber, Mr Zala said.

"We then entered the room and caught the leopard using a tranquiliser gun," the officer said.

The leopard is "sub-adult", around two years old, he said.

"The nearby forest is home to some leopards. It might have lost its way and entered the town," Mr Zala said, adding that the animal will be released in the wild.

Last month, a leopard had sneaked into the secretariat in Gandhinagar. It was caught during a day-long operation.