One of the persons in the phone call is allegedly lawmaker Gyan Dev Ahuja, heard saying, "Jaisa kiya hai tune waisa hi tu bharega (As shall you sow, so shall you reap)". Rajasthan Chief Minister Vasundhara Raje's party lost the recent by-polls

Jaipur: A phone call, allegedly between a BJP lawmaker and a worker in Rajasthan discussing Chief Minister Vasundhara Raje's role in the party's by-poll defeat, is in wide circulation on WhatsApp. The leaked call signals back-to-back dissent after another leader recently wrote to BJP chief Amit Shah suggesting a change in the Rajasthan leadership to tackle growing resentment against Ms Raje.

One of the persons in the phone call is allegedly lawmaker Gyan Dev Ahuja, heard singing what appears to be an elaborate I-told-you-so: "Jaisa kiya hai tune waisa hi tu bharega (As shall you sow, so shall you reap)".

Mr Ahuja is a legislator from Alwar, where the BJP lost the recent parliamentary by-election to the Congress. The person he speaks to chuckles heartily in the audio clip leaked days after the damning letter by another leader, Ashok Choudhary, asking for Ms Raje's sacking.

The party lost two parliamentary constituencies and one assembly seat in Rajasthan to the Congress in by-elections held last month. For the ruling party, the defeat flashes a neon sign ahead of state polls later this year.

The BJP didn't win even a single assembly segment in the two parliamentary seats. 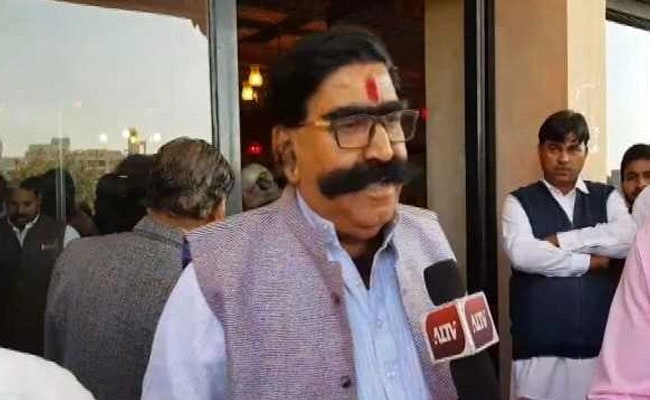 "This is government's defeat, not our defeat," Mr Ahuja is heard telling his colleague. He says that he "had predicted the results" and "requested the organisational general secretary in Delhi to change the leadership in Rajasthan". That letter, he says, was written on January 25, before the results, and clearly mentioned that the BJP would lose if Chief Minister Vasundhara Raje and BJP state president Ashok Parnami were not changed.

"We have been defeated by 40,000 votes, but I am still smiling as I knew this was going to happen," Mr Ahuja says. The caller responds that the message should be conveyed to the top or else "we will all collapse badly in the coming elections."

Promoted
Listen to the latest songs, only on JioSaavn.com
Mr Ahuja did not confirm it was his voice in the clip but he didn't deny it either. "Wait and watch, wait and watch, I will not confirm or deny the audio, you will see lots of masala ahead," he said, asked to confirm the authenticity of the call recording.

Ashok Parnami, known to be a staunch Ms Raje supporter, said, "I have come to know from newspaper and media reports that the Alwar MLA has said something. Most certainly we will take action against him."