In December, the Defence Ministry is likely to take a call on whether to shut down or continue investing in the project to develop an aircraft carrier-based variant of the indigenous Light Combat Aircraft Tejas. Two Light Combat Aircraft-Navy prototypes are being tested; the single-seat variant is shown above

In six months from now, one of India's most ambitious fighter aircraft development programmes may encounter an existential dilemma.

In December, the Defence Ministry is likely to take a call on whether to shut down or continue investing in the project to develop an aircraft carrier-based variant of the indigenous Light Combat Aircraft Tejas.

The government, which has already committed Rs 3,500 crore to develop the fighter, needs a straight answer. Will the prototypes of the Tejas-N (Naval), now being tested, eventually result in a multi-role carrier-borne fighter good enough to hold its own against emerging threats in the Indian Ocean region? And can advanced variants of the prototypes, called the LCA-N Mk-2, be developed, manufactured and deployed within a finite period of five to seven years?

Left with no choice but to speed up their development programme, a small core team of pilots, engineers and design-team members from the Indian Navy, the Aeronautical Design Agency (ADA) and Hindustan Aeronautics Limited (HAL) is fighting against time to clear key development goals - the biggest one, at the moment, is to ensure that the 10.5-tonne fighter, flying at a speed of just under 260 kmph (140 knots), can approach a shore-based replica of the deck of an aircraft carrier, descend rapidly, land, snare an arresting wire on the runway with a hook mounted in its fuselage and come to a violent halt in just 130 metres. That's what it takes to make an 'arrested landing' on the deck of an aircraft carrier, a feat achieved by a handful of fighter jets developed in the US, Russia, the UK, France and, more recently, China. 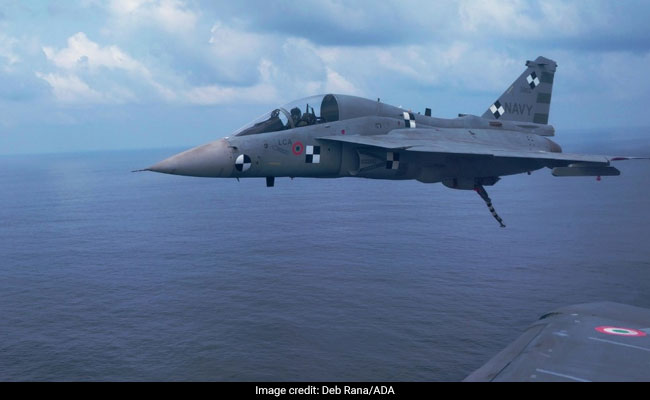 Achieving this successfully, over and over again at the Shore Based Test Facility in Goa, will validate one of the most important design features on the LCA-N - its ability to handle the incredible stresses of making an 'arrested landing' on the deck of an aircraft carrier. It is only once the shore tests are successful that naval test pilots leading the development effort on the LCA-N prototypes can graduate to the next step - making an actual landing on India's only operational aircraft carrier, INS Vikramaditya. 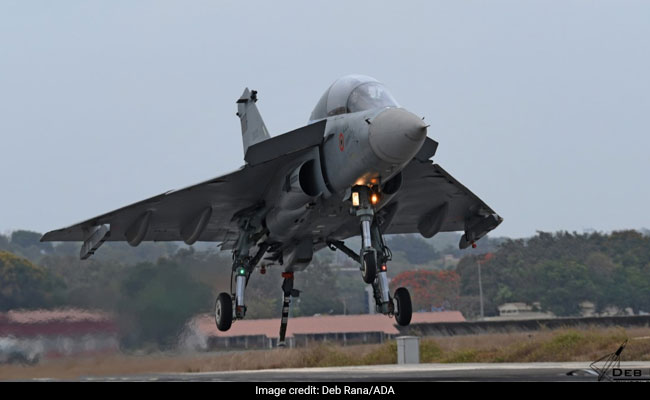 Light Combat Aircraft-Navy landing at the Shore Based Test Facility in Goa, a replica of the deck of the Navy's aircraft carrier, INS Vikramaditya

Key members of the LCA-N development team whom NDTV has spoken to say they have flown 60 sorties in approximately the last one month at the Goa test facility and are ready to commence the key landing trials once monsoon is over. To eventually make an approach onto the deck of INS Vikramaditya, LCA-N engineers and pilots need to be confident that the fighter can slam down onto the deck of a carrier at a 'sink rate' (rate of descent) of approximately 7.5 metres per second (1,500 feet per minute) without being damaged. Though they may not test the fighter to this limit immediately, they need to successfully prove that they can land with a sink rate of 5.6 metres per second to be qualified for carrier trials. At the moment, the jet has been tested with a sink rate of 5.1 metres per second. Engineers and pilots in the project are certain that they are on track to meet their landing certification target.

Assuming, the LCA-N is qualified to make an approach onto the deck of the INS Vikramaditya, there are still two key hurdles that need to be overcome. Test pilots operating the fighter will need to experience, first hand, the impact of displaced air over the deck of the aircraft carrier moments before it touches down. For a safe arrested landing, the LCA-N will need to hold a near-constant air speed of between 240-260 kmph (130-140 knots) as it makes its final approach, something which can easily be impacted by variable wind conditions over the deck of the ship. To experience these conditions, test pilots will perform several touch-and- goes on the deck of the Vikramaditya, where they land on the ship but immediately take off without coming to a full stop. A full-fledged arrested landing on the aircraft carrier will only happen once test pilots are certain of the stability of the fighter in making its landing approach and their ability to hold a constant speed as they come in to land.

There is another, major technical concern which could impact the development of the LCA-N. The arrestor gear on INS Vikramaditya, the mechanical system used to rapidly slow down an aircraft as it lands, has key design differences from the gear installed at the Shore Based Test Facility where the LCA-N is now being tested. Key members of the LCA-N project team are hopeful that this does not impact the project but they will not be certain until they actually land on the ship.

Finally, the biggest X factor of them all - what a key member of the Tejas-N team describes as the "Acquisition versus Development debate." Though the Navy continues to back the LCA-N project for now, it is also keen to procure 57 fully developed fighters from the US or France and is looking closely at the Boeing F/A-18 E/F 'Hornet' and the Dassault Rafale-M, both of which are tried and tested fighters used extensively in combat. The key question - Will funds be available for both a Tejas-N acquisition and the acquisition of a Western ship-borne fighter?

Members of the Team Tejas-N told NDTV they are often asked, "Why do you need to rebuild something that has been built?" The answer to this basic question may go a long way in determining the government's commitment to Make in India, its flagship defence production model besides providing a future to India's most challenging and promising fighter aircraft project currently under development.