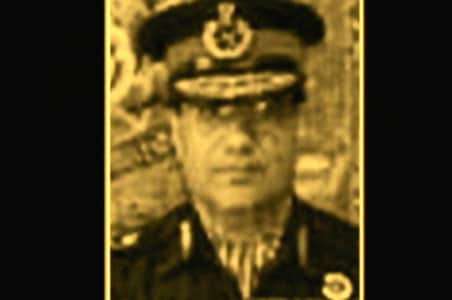 An inquiry is on by the Army's tribunal but Avadesh Prakash's lawyer says the trial was not fair as witnesses were not examined in his presence.(Read: Land scam: Some relief for indicted General)

The controversy revolves around a piece of land next to the Army's 33 Corps Headquarters in Siliguri in West Bengal. In May 2008, the Army officially wrote to the West Bengal government, stating that it wanted to acquire this land. In October 2008, Lt General P K Rath took over as the 33 Corps Commander and reiterated the Army's decision to buy the land.

A few days later, Military Secretary Lt General Avadesh Prakash visited Chumta tea estate during his official tour to 33 Corps, and referred businessman Dilip Agarwal, who wanted to buy the land, to General Rath. In March 2009, 33 Corps under General Rath granted the land to Agarwal with a no-objection certificate.

Being posted at the Headquarters, he had no jurisdiction over Siliguri. The court of inquiry says he took undue interest in the building project. Agarwal allegedly promised Gen Prakash a job after his retirement. Notably, the general did not counter witnesses. (Read: Land scam: Army defends itself; govt says take action)

Prakash then pressurized the then commander of the 33 Corps, Lt Gen PK Rath, to clear the 70-acre land deal. Rath has confessed to having taken the decision at Gen Prakash's behest. It is alleged that Prakash, who was in-charge of promotions at the Headquarters, promised Rath a plum posting there. After the evidence is presented against Rath in the Army's court of inquiry, he may face a court martial. (Read: What is court martial?)

So far, the internal report states that his decision was "hasty and top-driven action." He's also blamed for "not seeking the concurrence of the Eastern Command."

Promoted
Listen to the latest songs, only on JioSaavn.com
The Army's inquiry found that Prakash misused his position as Military Secretary to help the real estate developer who ultimately got the Army's okay to buy this land.