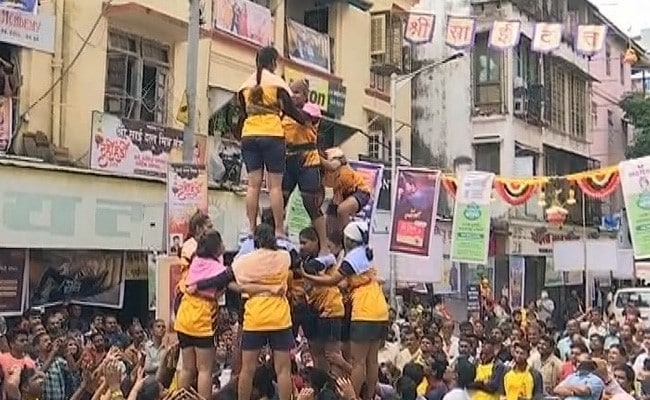 Dahi Handi Festival 2022: The celebration for Janmashtami is incomplete without Dahi Handi.

As India celebrates the festival of Janmashtami today, huge celebrations were seen across the country as devotees offered prayers to Lord Krishna, with beautifully decorated swings, dance and music performances, and the Dahi Handi competitions. The festival is celebrated by Hindus to mark the birth of Lord Krishna, who is believed to be the incarnation of Lord Vishnu. As per the Hindu calendar, Lord Krishna was born on the eighth day of the month of Bhadra. The day mostly falls in the months of August or September as per the Western calendar. 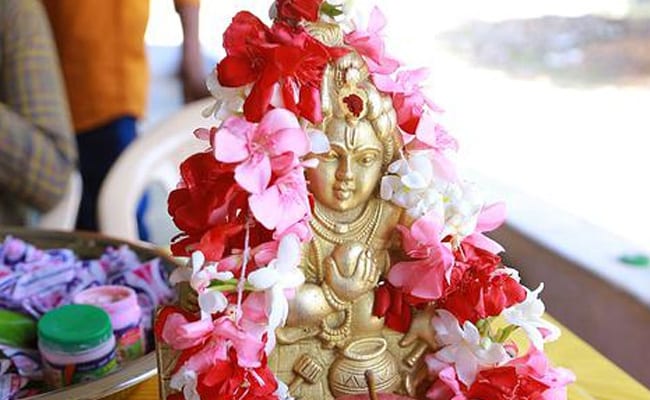 Janmashtami 2022: The festival is celebrated by Hindus to mark the birth of Lord Krishna.

On the occasion of Janmashtami, 'Shobha yatra' was taken in Udhampur in Jammu and Kashmir in which thousands of people participated.

Jammu & Kashmir | 'Shobha yatra' was taken out in Udhampur on the occasion of Janmashtami. Thousands of people joined the yatra with kids dressed up as Lord Krishna and Radha. (18.08) pic.twitter.com/6i6HbspUju

Devotees also assembled in large numbers in Mathura in Uttar Pradesh to celebrate the festival.

In Gujarat, celebrations of the festival were in full swing at the Dwarkadhish temple in Dwarka.

Dahi Handi, which is part of Krishna Janmashtami festival, is being celebrated on a grand scale across Maharashtra. As part of the festival, youngsters (called Govindas), dressed in colourful attire, make human pyramids to reach an earthen pot containing buttermilk suspended mid-air, and break it. It symbolises victory through unity

#WATCH | Maharashtra: Girls participate in the Dahi Handi competition in Mumbai on the occasion of Janmashtami

Earlier today, Prime Minister Narendra Modi greeted people on the occasion of Janmashtami. "May this festival of devotion and gaiety bring happiness, prosperous and good fortune to everyone," PM Modi said.