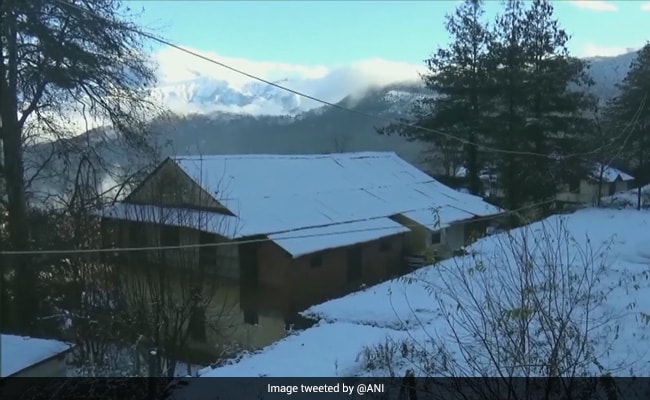 The snow brought hope for the local people whose business suffered during the COVID-19 pandemic.

Srinagar woke up to a mesmerising view of a city covered in a white blanket of snow on Saturday with the plains of the Kashmir Valley receiving the season's first snowfall, bringing hope and excitement among the local people and tourists alike.

The snow brought hope for the local people whose business suffered during the COVID-19 pandemic.

Danish, a taxi driver, hoped the first snow of the season will bring more tourists to the valley.

"The snowfall is an integral part of the valley's identity. Besides enhancing its beauty, it brings water. Hopefully, the snowfall will also bring more tourists to Jammu and Kashmir this year," said Danish.

Tourists who witnessed the season's first snowfall also expressed excitement and said the experience became the highlight of their trip.

Among other parts of the Union Territory, Patnitop in Udhampur also received snowfall.

Jammu-Srinagar National Highway was blocked due to snow accumulation in Jawahar Tunnel, said the UT Traffic Police. Several other places were also blocked due to landslides.

India Meteorological Department, in its daily forecast, predicted a "generally cloudy sky with light rain" in Srinagar with minimum temperature at 1 degree Celsius and maximum at 10 degrees Celsius.