Over 40,000 troops have been stationed in Jammu and Kashmir. (File photo)

Restrictions were eased to allow people in Kashmir to offer Friday prayers in local mosques, officials said as security forces were put on high alert across the Valley in an apparent move to prevent possible protests. The decision to ease the restrictions was taken after National Security Advisor Ajit Doval directed authorities to ensure that no Kashmiris were harassed, they said.

Phone services and internet have been partly restored in the state for the first time in five days. Thousands of security personnel remain positioned across the Kashmir Valley to watch out for any trouble following the centre's decision to end special status and turn the state into two union territories.

Earlier in the day, CPM leader Sitaram Yechury was detained at the Srinagar airport and denied entry into the city. The Left leaders had gone to the Srinagar to meet their party colleagues. He was later sent back to Delhi.

Yesterday, in his 38 minute speech, Prime Minister Narendra Modi had assured that the centre's decisions would remove hurdles to Jammu and Kashmir's development and make it the world's top tourist destination.

The Prime Minister's special address came two days after the government's move on Jammu and Kashmir.

Jammu and Kashmir has witnessed no major incident of violence over the past three days. On Wednesday, visuals of National Security Adviser Ajit Doval chatting and sharing a meal of traditional Kashmiri Wazwan with locals in the Kashmir Valley emerged amid lockdown.

The parliament has approved a resolution abrogating special status accorded to Jammu and Kashmir under Article 370 of the Constitution. It also cleared a bill to split the state into two union territories of Jammu and Kashmir and Ladakh.

Over 40,000 troops have been stationed in Jammu and Kashmir, sent over the past weeks in the government's meticulous preps for its Article 370 move.

Here are the Highlights on situation in Jammu and Kashmir:

Aug 09, 2019 21:55 (IST)
There is no dearth of stock of food grains & poultry. Distribution of food grains in all districts made for this month. Majority of food and supplies stores have been opened today. Stock of petrol and diesel has been replenished: Divisional Commissioner, Srinagar
Aug 09, 2019 21:43 (IST)

Jammu & Kashmir and Ladakh to come into existence as separate Union Territories on October 31. pic.twitter.com/5FrN5PKkSs

Dr Vinay Thusoo, Official Spokesperson of University of Jammu: This is for the information of all concerned that University of Jammu shall remain open on 10th August 2019 (Saturday). However, schedule of admissions, classwork and examinations shall be notified separately. pic.twitter.com/54T2cymNkG

Jammu and Kashmir: Locals arrive at a mosque in Doda to offer Friday prayers. pic.twitter.com/kcgi4zN3p1

J&K: National Security Advisor Ajit Doval met Governor Satya Pal Malik & discussed with him the situation in J&K,they expressed satisfaction regarding the overall situation. Governor also discussed about arrangements made by admn to facilitate people for observance of Eid-ul-Azha pic.twitter.com/ptFDN916DP

Aug 09, 2019 15:54 (IST)
Actions taken by Pak unilateral.This has been done without consulting us. We've urged them to reconsider their decision.Our sense is that whatever is being done by Pak is to present an alarming picture of bilateral relationship: Raveesh Kumar, MEA on Samjhauta and Thar Express trains.
It is time for Pakistan to accept the reality and stop interfering in internal affairs of other countries, he added.
Aug 09, 2019 14:35 (IST)

Jammu and Kashmir: Locals arrive at a mosque in Srinagar to offer Friday prayers. pic.twitter.com/TybIHlsYOL

.@SitaramYechury has being detained at Srinagar Airport and not allowed to move anywhere. This despite the fact that he had informed the administration about his visit to meet CPIM MLA MY Tarigami who is not well & other party workers.
We strongly protest this illegal detention.

Srinagar Police is here to help you.
For the families ,students,businessmen staying outside the valley and wishing to know the welfare of their nears and dears can send an advanced SMS stating full details of families here on following numbers:
9419037186
9419001083

Administration in Jammu & Kashmir is prompt and responsive to all needs of people traveling to or from Srinagar. DC Srinagar Shahid Chaudhary IAS @listenshahid is responding to each request on Twitter by giving details of phone numbers / buses / trains. #JammuAndKashmir 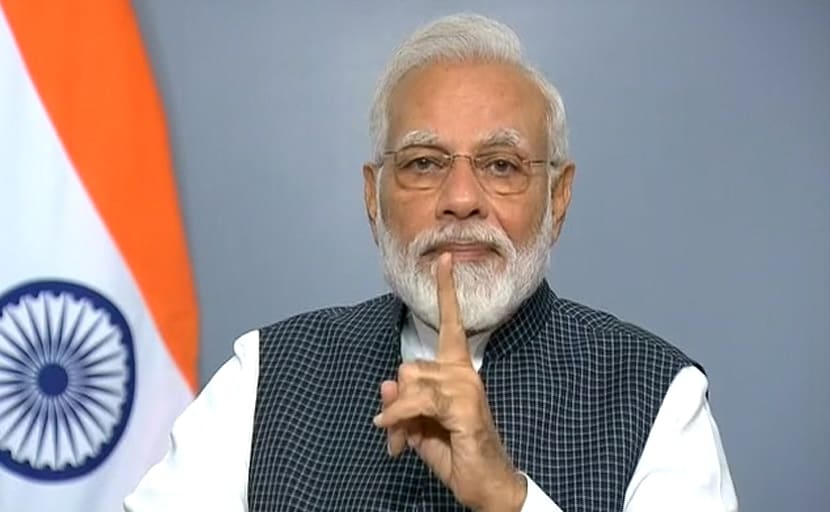 In his 38 minute address to the nation on Thursday, PM Modi assured that the centre's decisions would remove hurdles to Jammu and Kashmir's development and make it the world's top tourist destination.
"Be it the saffron in Jammu and Kashmir or the taste of kahwa, the sweetness of apples or the succulent apricots, Kashmiri shawls or artworks, the organic products of Ladakh or herbal medicine, they need to be known worldwide," said the Prime Minister in his 38 minute speech.
"In Ladakh, a plant known as Solo, it is a life-saver for those living in high altitudes, it has vast medical properties. Should such things be sold worldwide or not? Countless such plants and herbs can be found all over the region. They will be identified and marketed, people and farmers will benefit directly," he remarked.
Aug 09, 2019 09:16 (IST)
Administrative officials reach out to public, ensure availability of essential commodities
Administrative officials on Thursday reached out to people in different districts to assess public grievances and for ensuring the availability of essential commodities.
Jammu and Kashmir Governor Satya Pal Malik's advisors K Vijay Kumar, KK Sharma and Farooq Khan visited Rajouri and Poonch and held a series of meetings with civil society members.
Ramban District Development Commissioner, Nazim Zai Khan, conducted a public outreach drive and met with different members of the general public to assess their grievances and directed the concerned departments to ensure the availability of essential commodities in the prevailing situation.
Aug 09, 2019 09:12 (IST)
Jammu University closed, exams postponed
All academic institutions, including the Jammu University, have been closed for today.
"This is for the information of all concerned that the University of Jammu shall remain closed on August 9. The University has also postponed all UG and PG examinations to be held on August 9 and 10 (Friday and Saturday)," Vinay Thusoo, University of Jammu Spokesperson said in a statement.
He said the new schedule for holding various examinations will be notified separately.
Jammu Deputy Commissioner Sushma Chauhan said all academic institutions in the district will remain closed tomorrow.
This comes amid the security clampdown and suspension of internet services in the state.
Aug 09, 2019 09:10 (IST)
The Jammu and Kashmir administration has made arrangements to ensure "smooth and peaceful" Friday prayers amid a lockdown after the center's move to scrap special status to the state.
Restrictions on gatherings have been put in place in many parts of the state following the central government's move in which it bifurcated Jammu and Kashmir into two Union territories.
"There would be adequate security arrangements in place to ensure that Friday prayers take place in a smooth and peaceful manner," a senior officer told NDTV.