Chief Minister BS Yediyurappa said the Centre was aware of the flood situation in Karnataka. 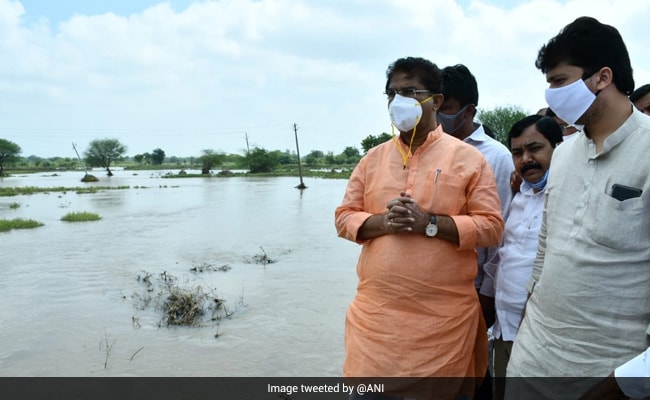 The flood situation in many parts of Karnataka remained grim on Friday as well due to torrential rain and release of water from the major dams in the state. North Karnataka remained the worst affected as this was the third time floods hit the region in the last three months. Belagavi, Kalaburagi, Raichur, Yadgir, Koppal, Gadag, Dharwad, Bagalkote, Vijayapura and Haveri were the worst hit.

#WATCH: 5,11,000 cusecs of water was discharged from Sonna barrage into Bheema river in Afzalpur of Kalaburagi district, earlier today. #Karnatakapic.twitter.com/bYSN0XDyrA

Chief Minister BS Yediyurappa said the Centre was aware of the situation in Karnataka. "The Centre is aware of the prevailing situation. I have just now spoken to the Union Home Minister who has assured us of every assistance," he said. Stating that his government was committed to carry out relief work, Mr Yediyurappa said, Revenue Minister R Ashoka has started visiting the flood-hit regions.

Meanwhile, the Karnataka Disaster Management Authority gave a presentation to the state Home Minister Basavaraj Bommai about the flood situation. According to the KDMA officials, the monsoon rain this year was much above the normal.

"While the average rainfall by the end of September in the state is approximately 800 mm, this year it has reached about 1,000 mm. This trend is across all the four divisions of South Interior, North Interior, Malnad Region and Coastal Karnataka," a KDMA official said.

The KDMA in association with the district authorities has opened 41 relief camps, including 36 in Kalaburagi alone where 4,864 people have been given shelter, the official said.