Ahead Of Counting, Karnataka Congress Lawmaker Asks Why Question EVMs

K Sudhakar, often vocal in his criticism of the ruling Congress-JDS coalition in the state, called the alliance an "unholy" one that is purely based on electoral requirements. 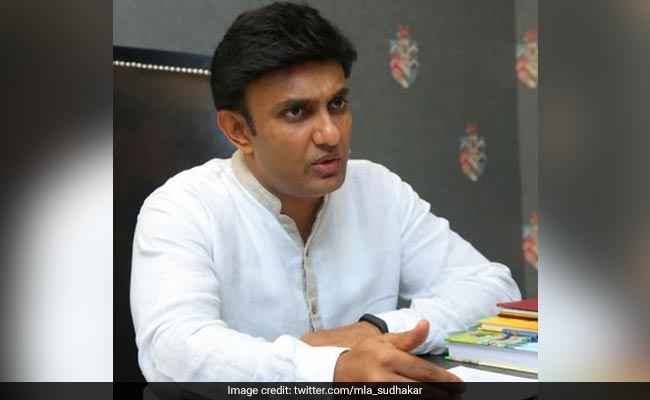 We need to wait till results are out, else we will be demeaning the process of democracy: K Sudhakar

A day after 22 opposition parties, including the Congress, marched to the Election Commission alleging Electronic Voting Machine or EVM tampering in the seven-phase general elections, a Karnataka Congress leader on Wednesday questioned why the credibility of the EVMs was on the line.

"There are many regional leaders who have won like Chandrababu Naidu ji who is CM of Andhra Pradesh. Who is taking the lead in this hue and cry over EVM tampering. He also won through EVMs in 2014. Should we question how he won then?" Congress legislator K Sudhakar said.

The Congress legislator's remarks are in contrast with Karnataka Chief Minister HD Kumaraswamy's stand, who had tweeted, "Entire opposition political parties had expressed concern over credibility of EVMs under PM @narendramodi's rule."

Mr Sudhakar, often vocal in his criticism of the ruling Congress-JDS coalition in the state, called the alliance an "unholy" one that is purely based on electoral requirements.

His remark comes a day after a senior Congress leader from the state, Roshan Baig, went public with a series of allegations and hit out at his party leadership. He called KC Venugopal "a buffoon", Siddaramaiah arrogant and Dinesh Gundu Rao a "flop show."

Along with his justification for EVMs, the MLA from Karnataka's Chikkaballapura also tweeted about exit polls saying, "Personally I am confused why the issue of EVM manipulation is being brought into conversation while talking about the exit poll results. When in fact the exit poll results indicate the feeling of the voter at the conclusion of polling."

An aggregate of 13 exit polls predicted that of the 28 seats in Karnataka, the alliance would win only nine seats, compared to the BJP's 19.

The growing differences in the ruling Congress-JDS alliance had earlier in the week prompted Mr Kumaraswamy to request coalition leaders to refrain from making "contradictory'' and ''controversial'' statements in public.

Results for 28 seats in the state that voted on April 23 will be announced today.