Several shops and vehicles were gutted in fire after communal violence broke out in Rajasthan's Karauli when some miscreants pelted stones on a bike rally. 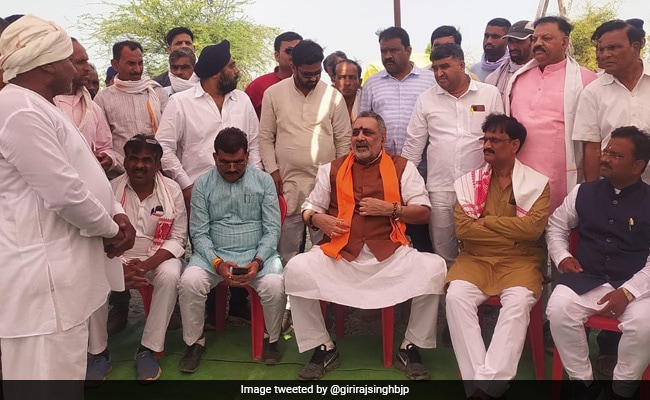 Giriraj Singh said that a high-level inquiry should be ordered into the Karauli violence.

Union Minister for Rural Development and Panchayati Raj Giriraj Singh on Saturday condemned the Karauli violence saying its script was written somewhere else.

“Its script was written elsewhere, be it by the PFI or SIMI,” he told reporters here during his visit.

“Scuffle broke out but there was full preparation on roofs (in Karauli). This was a ‘prayog' (experiment). It is also an experiment when swords are waived, firing is done and SP is injured in Madhya Pradesh,” he told reporters here.

The minister also said that a high-level inquiry should be ordered into the Karauli violence.

Several shops and vehicles were gutted in fire after communal violence broke out when some miscreants pelted stones on a bike rally which was being taken out on Nav Samvatsar, the new year day under the Hindu calendar, in Karauli on April 2.

Earlier, Singh held a meeting with state government officials at a guest house.

Officers of the state government's Rural Development, Panchayati Raj, Water Resources and Horticulture Department departments were present at the meeting.