"I Go When I Feel Like": Justice Gogoi On Rajya Sabha Attendance

Former Chief Justice of India and Rajya Sabha MP Justice Ranjan Gogoi said he is a nominated member and not governed by any party whip. 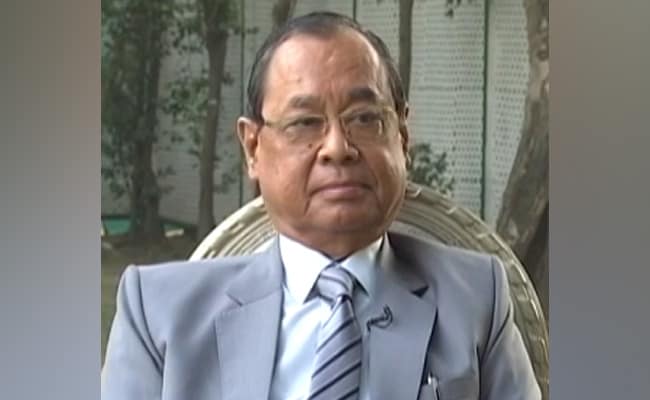 Justice Ranjan Gogoi is in the spotlight over his recently released autobiography. (File)

In his just-published memoir, Justice Ranjan Gogoi, former Chief Justice of India, defended his decision to join the Rajya Sabha 4 months after retiring from the Supreme Court, a move that had come in for widespread criticism.

He said when he was offered the position, he accepted it without hesitation, since he wanted to raise issues pertaining to the judiciary and the North East region, to which he belongs.

But Parliament records show Justice Gogoi has an attendance of less than 10 per cent in the Rajya Sabha since he became a member last year.

In an interview to NDTV, he cited the pandemic as one of the reasons for his poor attendance.

"You ignore the fact that for one or two sessions, I have submitted a letter to the house saying that because of Covid, on medical advice I am not attending the session", he said.
"I go to the Rajya Sabha whenever I feel like it ... when I think there are matters of importance on which I should speak," Justice Gogoi went on to say.

"I am a nominated member. I am not governed by any party whip. Whenever the bell rings for party members to come, that doesn't bind me. I go there at my choice, I come out at my choice. I am an independent member of the house."
The former Judge was nominated to the upper house by the President of India, at the advice of the Centre, effectively making him a government nominee.

The former Chief Justice explained that he still felt chary about attending parliament because "social distancing norms were not observed" as well as they should."

Justice Gogoi was nominated to the Rajya Sabha in March 2020.