As Jet Airways Grounds All Flights, Passengers Wonder What Next For Them

Jet Airways had requested emergency funds worth Rs 900 crore from the State Bank of India-led consortium of lenders to stay afloat but its request was rejected. 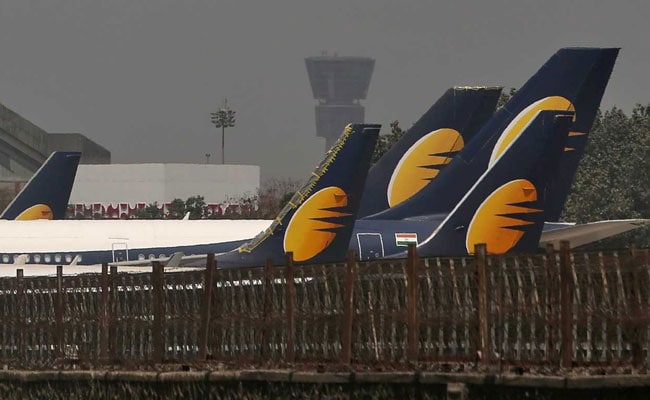 Jet Airways stopped all of its international flights over the last week.

Soon after embattled carrier Jet Airways decided to temporarily suspend all operations starting Wednesday night, a wave of sympathy followed on social media. From patrons to concerned passengers who had booked tickets on the cash-strapped airline, several people took to Twitter with many asking, what next?

Jet Airways had requested emergency funds worth Rs 900 crore from the State Bank of India-led consortium of lenders to stay afloat but its request was rejected. The airline owes money to lessors, suppliers, pilots and oil companies.

In a statement that Jet Airways released announcing the halting of ops, the airline says it will "inform all guests about the temporary suspension of flight operations via text message or email to the contact details listed in their bookings".

"Hello @jetairways, very sad to hear the news today. However, wanted to check what decision has been taken for flights that are flying from Bangalore to Amsterdam next month? Do we get refunds now and book other flights," one Twitter user asked.

Another user, a travel agent, appealed to the Prime Minister's Office, seeking refund. "@PMOIndia  sir I am small travel agent and do ticketing on jetairways directly as I am iata agent . My payment gate way is credit card .and now due to jetairways shutdown situation I am not getting my refund back from airline since 25mar19 . There are many agent like me suffered," he said.

As a @jetairways loyalist am devastated to see what the airline & the employees are going through! But I remain hopeful!! It is an airline we should be proud of, one we need & one more than 20,000 employees have put years of hard work into!! Surely there must be way!! #JetAirways

Another passenger who had booked tickets for the airline sought to know the status of his flight. "Hi there @jetairways can you please reply to my Dm regarding my flight booked for 8th June 2019 from Dubai to Mumbai. What is the status? If the flights won't be operational how do i claim my refund?"

Saddled with more than $1.2 billion in bank debt, Jet Airways stopped all of its international flights over the last week. By Friday, it ended up owing Rs. 3,500 crore to passengers due to the cancellations, news agency Press Trust of India reported.

Captain Karan Chopra, head of the National Aviators Guild -- the Union for Jet Airways' pilots, sought the government's intervention in the matter. "Unemployment is an election issue... In another day or two, more than 20,000 people in Jet Airways can be unemployed," he told NDTV last week.