Quitting his position in the Central India Horse -- an armoured regiment - he contested his first election as an Independent MLA from Rajasthan's Osian -- close to his home town of Jasol. 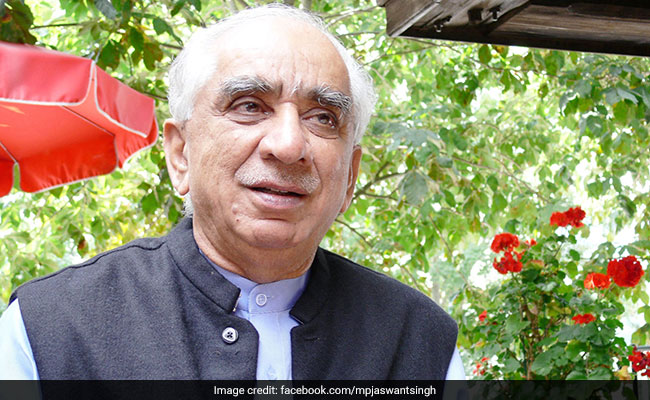 Jaswant Singh's closeness to Vajyapee and LK Advani ensured that his talents were recognized.

Former Union minister Jaswant Singh, who died in Delhi today at the age of 82, had quit a career in the army to join politics. Alumni of Ajmer's Mayo College, he made a course correction as he felt that he wouldn't be able to make a difference while in the army.

Quitting his position in the Central India Horse -- an armoured regiment - he contested his first election as an Independent MLA from Rajasthan's Osian -- close to his home town of Jasol. But he never looked back after his entry into national politics in the 1980s. He won four Lok Sabha elections and was a member of the Rajya Sabha for five terms.

It was his time in the household of the former royals of Jodhpur put him in touch with the state's rising political leaders like Bhairon Singh Shekhawat. The turning point in his political career came when he met Atal Bihari Vayjpayee in the 1970s by Sardar Angre, a close aide of Vijayraje Scindia.

Their friendship lasted a lifetime. Both shared a taste for things literary, and those close to Jaswant Singh recall how he and Vajpayee spent evenings together sharing common interests - politics, prose and foreign affairs. Jaswant Singh's son Manvendra had recalled in an article how his father was often called "Atalji's Hanuman".

Jaswant Singh did not have an RSS background. But his closeness to Vajyapee and LK Advani ensured that his talents were recognized.

In Atal Bihari Vajpayee's government, Jaswant Singh served as the finance minister, foreign minister and defence minister. He was the deputy chairman of the Planning Commission, Leader of the Opposition in the Rajya Sabha and the Deputy Leader of the Opposition in the Lok Sabha. As the foreign minister, he became instrumental in taking up India's case for the removal of US sanctions after the nuclear tests in Pokhran. Singh shared close personal friendship with Madeline Albright, US Secretary of State in the Clinton Administration.

But in his tenure Singh also faced criticism for the handling of the Kandhar hijack episode after the Indian government released terrorists like Masood Azhar to secure the release of the Air India passengers held hostage. Jaswant had taken a flight to the Afghan city to bring back the hostages.

A founder-member of the BJP, Jaswant Singh would not shy away from expressing views not in tandem with the party's ideology. His book "Jinnah: India Partition Independence" published in 2009, which praised Jinnah and blamed the Congress for partition is one such example. Instead of Jinnah, the Pakistan founder, Jaswant Singh had blamed the partition on Jawaharlal Nehru and Vallabhbhai Patel.

Party insiders say that the leader, who supported LK Advani in the Jinnah controversy, was disappointed when Advani did not reciprocate.

But he never backtracked on his views and the huge controversy that followed led to the expulsion of Jaswant Singh.

At the party's National Executive meeting in Shimla, the party came under pressure from Narendra Modi, then Chief Minister of Gujarat, who said Vallabhbhai Patel was an iconic figure. Gujarat government had banned Jaswant Singh's book.

At the time, Jaswant Singh was the MP from Darjeeling. He was sent to contest the election from the hill district in Bengal, far from his native Rajasthan, as his army background went down well with the Gorkha electorate in the constituency. Gorkhas have been at odds with the Bengal government for decades over their statehood demand.

In his book, Jaswant Singh also claimed that Vajpayee wanted to sack Narendra Modi as then Chief Minister of Gujarat, but was stopped by LK Advani.

He also claimed that after the Gujarat riots, Vajpayee had wanted to resign from the PM post, but desisted after Singh held his hands and stopped him writing his resignation letter.

In 2014, Jaswant Singh's his final break with the BJP came after he was denied a ticket from the Barmer Lok Sabha seat. A section claimed that the refusal was given at the behest of Vasundhara Raje, then Chief Minister who also headed the party.

Jaswant Singh fought as an Independent, winning 4-lakh-plus votes but trailed the BJP's Colonel Sonaram Chaudhary, who won by around 87,000 votes. The Congress, which now rules the state, came third in that election.

Soon after the May election, Jaswant Singh suffered a fall in his Delhi residence in August and went into coma. He was being treated at the Army Research and Referral Hospital since.

A scholar and diplomat with a keen interest in military and foreign affairs, Jaswant Singh authored more than eight books. His book "A Call to Honour" attracted controversy when he wrote about a mole in the Narasimha Rao government in 1995, which led to the government not going ahead with their plan to go nuclear under pressure from the US.

Jassu as he was fondly called by friends, will be remembered best as a man of letters, a rare combination of a politician who never shied away from expressing opinions that may have been divergent form his party's views.