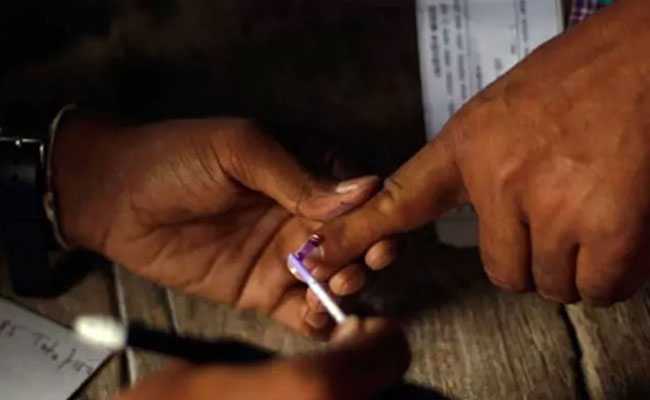 As many as 2,179 polling stations were set up across the Jammu and Kashmir (Representational)

An estimated 71.1 per cent of voters exercised their franchise Tuesday in the second phase of panchayat elections in Jammu and Kashmir which concluded peacefully amid tight security arrangements, officials said.

Polling in the districts falling in the winter zone, including the cold desert of Ladakh, where the minimum temperature has dropped to minus 8.8 degrees celsius in Kargil, started on a dull note but picked up pace as the day advanced and the warmth of winter sun spread.

However, the situation was altogether different in the warmer Jammu region, where brisk polling was witnessed from 8 am.

The polling concluded peacefully across 14 districts, seven each in Kashmir and Jammu divisions, at 2 pm, Mr Kabra said.

Among other districts of Jammu division, he said Rajouri district witnessed 83.5 per cent polling, followed by Doda and Poonch (81.7 per cent each), Kathua (78.7 per cent) and Kishtwar (77.8 per cent).

In Kashmir division, Mr Kabra said Kupwara district topped the turnout chart with 69.7 per cent, followed by Kargil at 66.5 per cent and Bandipora and Leh (66.3 per cent each), Ganderbal (27.4 per cent) and Baramulla (11.2 per cent).

In the first phase of panchayat polls on November 17, 74.1 per cent polling was recorded across the state, with 64.5 per cent in Kashmir division and 79.5 per cent in Jammu division.

Voting for Phase-III of panchayat polls will take place on November 24. Officials said polling across the state ended peacefully with no untoward incident reported from anywhere.

As many as 2,179 polling stations were set up across the state, including 828 in Kashmir and 1,351 in Jammu division, Mr Kabra said.

He said a total of 4,014 candidates were in the fray for 281 sarpanch and 1,286 panch seats in the second phase of the nine-phased elections which started on November 17.

As many as 90 sarpanch and 1,069 panch have already been elected unopposed in the second phase, he said.

In Kashmir, 490 polling stations have been categorised as hypersensitive and in the Jammu division 111, Mr Kabra said.

He said photo voter slips have been distributed among voters to inform them of their polling stations.

Mr Kabra said Basic Minimum Facilities (BMF) have been ensured in all the polling stations across the state.

He said control rooms have been established in all districts across the state to respond promptly to any complaints of violation of the model code of conduct as also to disseminate information to the public.