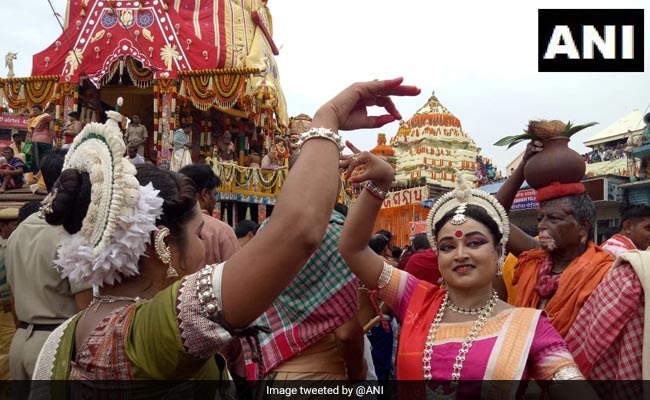 Jagannath Rath Yatra 2019: Puri is the dhama or sacred place of eastern India.

The world-famous Jagannath Yatra is taking place today in Odisha's Puri. In the Jagannath Rath Yatra, three chariots for the deities - Lord Balabhadra, Lord Jagannath and Devi Subhadra are built every year by traditional artists. Thousands of craftsmen work for several months and prepare the sacred carriers from scratch. From cutting the wood to painting it, different parts of the Rath or chariot are put together. These chariots are the prime attraction of the Jagannath Puri Rath Yatra 2019. The chariots are pulled by the devotees as chants and music fill the environment. 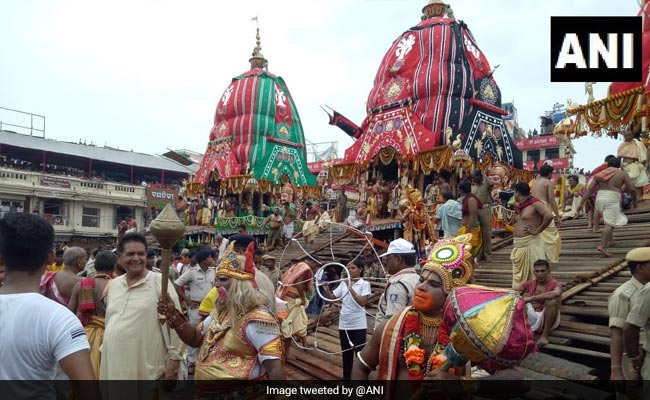 The History, Significance of Jagannath Temple In Puri, Odisha:

Puri is the dhama or sacred place of eastern India. For centuries past, devotees across India have been visiting Puri for pilgrimage.

Lord Jagannatha is not the only deity worshipped in the temple. Along with Jagannatha, two others - Balabhadra and Subhadra are also worshipped here. These three constitute the basic and fundamental Trinity and are considered to be the forms and manifestations of the omni-present, omni-scient and omni-potent supreme power.

Sudarsan who is supposed to be the fourth important divine manifestation is also worshipped with the celebrated trio and these four are known as the Caturdha murti or the four-fold divine images. Besides, Madhava, a replica of Jagannatha, Sridevi and Bhudevi are also installed in the sanctum sanctorum and worshipped.

Take a look at the celebrations of Jagannath Puri Yatra 2019:

#WATCH Celebrations begin at the Jagannath temple in Puri, Odisha ahead of #JagannathRathYatra. Large number of devotees have gathered in Puri to witness the yatra. pic.twitter.com/PZEpoyDuAt

The Jagannath Puri temple is built on a gigantic raised platform. The area of this platform is more than 4,20,000 square feet. The wall is pierced by four gates facing the four directions. 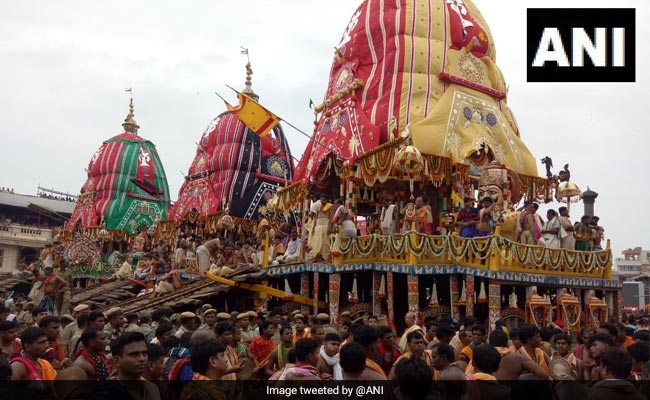 Jagannath Puri temple is built on a gigantic raised platform.

On the east-facing gate, there are stone images of two lions and it is called the Lions Gate.

The north, south and west facing gates are similarly known as the Elephant Gate, the Horse Gate and the Tiger Gate (also called the Khanja Gate) respectively.

The east-facing Lions Gate is the main gate.