India has voted in favour of Israel in UN Economic and Social Council to deny Palestinian non-governmental organisation "Shahed" the observer status. 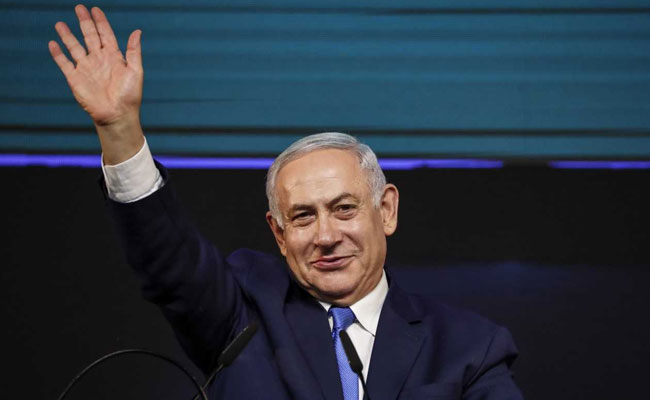 Israeli Prime Minister Benjamin Netanyahu has thanked his Indian counterpart Narendra Modi for voting in favour of a decision introduced by the Jewish state that objected to granting consultative status to a Palestinian group at the UN's Economic and Social Council.

In a rare move, India on Tuesday voted in favour of Israel in the UN Economic and Social Council (ECOSOC) to deny the Palestinian non-governmental organisation "Shahed" the observer status, after Israel said the organisation did not disclose its ties with Hamas.

"Thank you @NarendraModi, thank you India, for your support and for standing with Israel at the UN," Mr Netanyahu said in a tweet on Wednesday, almost a week after the June 6 vote.

It is the first time that India has voted on a resolution at the UN that is being perceived as pro-Israel.

India's position on the Middle East Peace Process has been consistent and clear. India supports a negotiated solution resulting in a sovereign, independent, viable and united State of Palestine, with East Jerusalem as its capital, living within secure and recognised borders, side by side at peace with Israel as endorsed in the Quartet Roadmap and relevant UNSC Resolutions.

India has also always played a proactive role in garnering support for the Palestinian cause in multilateral fora.

New Delhi had abstained during a voting at the UNHRC in 2015 on a resolution related to violence in Gaza which was seen as a "significant move" in Israel and attributed by many to the "emerging strong chemistry between Mr Modi and Mr Netanyahu".

India had then explained to the Palestinian Authority the reasons for its stand and Palestinian President Mahmoud Abbas had "accepted and understood" why New Delhi abstained then.

The ECOSOC vote, which took place at the UN, saw countries such as the US, France, Germany, India, Japan, the UK, South Korea and Canada polling in favour of Israel, while China, Russia, Saudi Arabia, Pakistan and others voted against it.

The proposal made by the Palestinian NGO "Shahed" to obtain observer status in the UN was rejected by a 28-14 vote.

Maya Kadosh, deputy chief of mission at the Israel embassy in India, on Tuesday in a Tweet thanked New Delhi "for standing with @IsraelinUN and rejecting the request of terrorist organization "Shahed" to obtain the status of an observer in #UN. Together we will continue to act against terrorist organizations that intend to harm."

Ms Kadosh mentioned that the organisation has links with Hezbollah and Palestinian Islamic Jihad that was designated as terrorist organisation in 1997.

"This is a good sign... India was the first country to support us amongst the Asia group, so we are very happy," she added.

A statement by Israel''s Ministry of Foreign Affairs later said that 'Shahed'' claims to be dealing with human rights and humanitarian issues, but in practice it is a "terrorist organisation" and operates as
"an arm of the Hamas terror organisation" based in Lebanon.

The Palestinian Islamist group Hamas has been described as a terrorist organisation by many European countries.