Islam Will Collapse If Prayer In Mosque Not Recognised, Top Court Told

Muslim parties are attempting to persuade the three-judge bench hearing the sensitive Babri Masjid-Ram Temple land dispute case to refer the case to a larger bench. 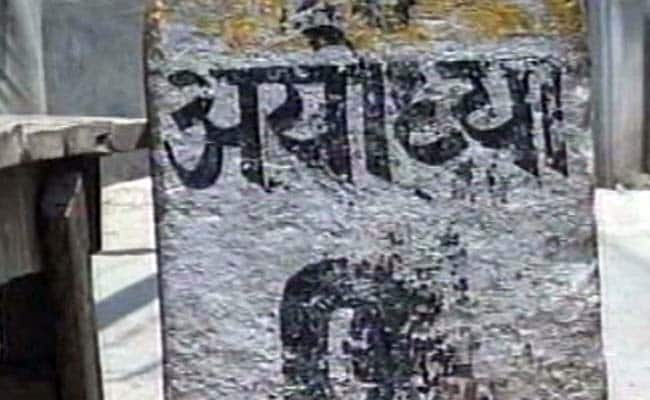 Islam will collapse if prayer in mosque is not recognised as an integral part of the religion, the Supreme Court, which has resumed hearing the Babri Masjid-Ram Temple land dispute case, was told on Friday. Rajiv Dhavan, who is representing one of the original litigants in this case from the Muslim side, said the top court's 1994 verdict had completely ignored the rights of Muslims to offer prayers in the Babri Masjid in its ruling that offering prayers in a mosque wasn't an essential and integral part of Islam.

The top court had, in 1994, recognised the right of Hindus to worship at the temple and ordered status quo on installation of Ram idol in the disputed site. Mr Dhavan said this verdict had also taken a view that mosque need not be re-built at the same place.

Muslim parties are trying to persuade the bench of three judges led by Chief Justice of India Dipak Misra to refer the land dispute to a larger bench.

Hindu groups are contesting this demand and want the bench to decide the case straightaway.

Chief Justice Dipak Misra has made it clear that the court would take a call on the larger bench after hearing all parties.

Senior counsel CS Vaidyanathan, appearing for one of the Hindu groups in the appeals, countered Mr Dhavan argument, saying the title suit was decided by the Allahabad High Court in 2010 on the basis of all the facts and materials and not just on the basis of one observation in the 1994 judgment.

Tushar Mehta, the centre's senior law officer who is representing the Uttar Pradesh government in the Ayodhya case, added that the 1994 judgment was never challenged in any of the proceedings.

The high court, in a 2:1 majority ruling, had ordered that the land be partitioned equally among three parties -- the Sunni Waqf Board, the Nirmohi Akhara and Ram Lalla.