The top cop is now headed to the North Pole. She will start the 178.6 kilometre-trek from Norway's Oslo on April 4. 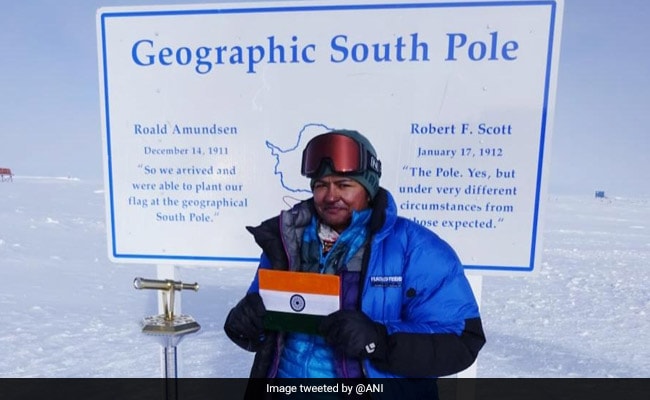 Aparna Kumar will also make the third attempt to scale Mount Denali in July this year.

According to an official release, the top cop is now headed to the North Pole. She will start the 178.6 kilometre-trek from Norway's Oslo on April 4.

She will also make the third attempt to scale Mount Denali in July this year.

Ms Kumar had successfully reached the South Pole on January 13 after walking 111 kilometres on the snow. She did this with 35 kilograms equipment on her back and unfurled the National and Indo-Tibetan Border Police flags at the summit.

Congratulations to DIG @ITBP_official ,Northern Frontier, Ms Aparna Kumar on successful expedition of South Pole. It is indeed a proud moment for the ITBP & other security forces. Her achievement will inspire the forces & others to strive for newer goals and scale greater heights

Heartiest congratulations to Aparna Kumar, who braved freezing cold despite her ill health and unfurled the Tricolour at the South Pole to become the first woman IPS officer to reach the South Pole. We are proud of her! https://t.co/AWX5Ay0LQS

The Indo-Tibetan Border Police also shared her story on Twitter:

The police officer has previously scaled top six mountain peaks of six continents across the globe.

Ms Kumar is a 2002 batch UP Cadre IPS officer, who has been posted at the Northern Frontier Headquarters of ITBP in Dehradun.