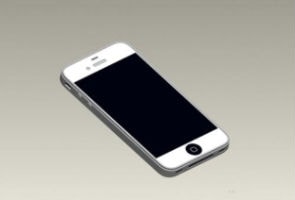 New Delhi: Apple's India partners have confirmed that the much awaited iPhone 5 will be reaching India today. Apple is likely to make an announcement shortly.

Lack of compatible networks notwithstanding, the starting price for an upgrade will be Rs 45,500 for the 16 GB variant getting higher with a model with higher storage.

Apple partner Redington has confirmed the iPhone 5 will retail at Rs. 45,500 for 16GB variant, Rs. 52,500 for 32GB and Rs. 59,500 for 64GB, which is not too far from the iPhone 4S pricing, and, thus, unlikely to cause major outrage over pricing that typically accompanies iPhone launch in India.

One concern some have around the iPhone 5 is the presence of a nano-SIM in the device. While users have reported success cutting a regular SIM/ micro-SIM into a nano-SIM, not everyone my be adventurous enough to do a DIY operation. A Vodafone spokesperson confirmed to NDTV Gadgets that they have nano-SIMs ready in stock, whenever Apple decides to launch iPhone 5 in the country. Airtel did not get back with a comment in time for this story. However, Airtel has starting taking pre-orders for the iPhone 5, which indicates it should be ready with nano-SIMs on its part.

In other Apple news, the iPad mini and fourth-generation iPad are now available for pre-orders in select countries. The company has also introduced local currency pricing in its App Store in India and seven other countries.