Girish Murmu said that this investor summit's success can generate nearly 30,000 to 40,000 employment opportunities for the Jammu and Kashmir youth. 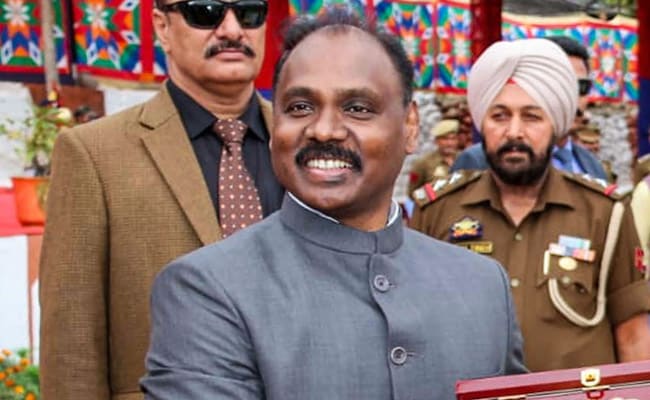 Jammu and Kashmir Lieutenant Governor Girish Murmu today said an investor summit, which was earlier postponed following the scrapping of Article 370, would be held soon so that investments pour into the Union Territory for its development and to create employment avenues for the youth.

Mr Murmu said about 30,000 to 40,000 employment opportunities would be created for the youth of Jammu and Kashmir and sought people's cooperation in making the investor summit a success.

"We want investments to pour in here so that people get jobs and there is overall development. That is why we are preparing for an investor summit which will take place soon. For this, we want the cooperation of the people and the police will have a huge role in that," Mr Murmu said.

He was addressing the passing out parade of 1,145 newly recruited personnel of the Jammu and Kashmir police at the Police Training School in Manigam in Ganderbal.

The investor summit was scheduled to be held in August but was postponed due to the shutdown in the Valley after scrapping of Article 370 of the Constitution.

Mr Murmu said the government's aim is security and development of the region so that people live in peace.

"All of us have one aim which is the security, progress and development of the region, that people live in peace and have employment. In this direction, we are undertaking to complete the languishing projects sooner. We are monitoring the Prime Minister's Development Package as well so that it is implemented sooner," he said.