The brother of fugitive billionaire Nirav Modi, wanted in India for bank fraud, can be arrested in any country, with the Interpol putting out a red corner notice. The request to law enforcement agencies worldwide to locate and provisionally arrest Nehal Deepak Modi came from the Enforcement Directorate, sources said.

Nehal, 40, is a Belgian national and lives in New York City, sources in the probe agency said. He was the director of the now defunct and at one time Nirav Modi's flagship firm Firestar Diamond Inc., they said. The company filed for bankruptcy in the US a month after the fugitive and his family left India.

Nehal also had a hand in Ithaca Trust, an entity "allegedly" set up to fund and buy properties for Nirav Modi with money fraudulently taken from Punjab National Bank, sources said.

Nirav Modi, who allegedly cheated state-run Punjab National Bank (PNB) of nearly $2 billion, is in jail in London. His judicial custody ends on September 19. Since his arrest, Nirav Modi has attempted to get bail but it has been rejected multiple times, the fourth and final time being by the UK High Court in June.

In her judgement at the Royal Courts of Justice in London, Justice Ingrid Simler said there were "substantial grounds" to believe Nirav Modi would not surrender as he has the means to "abscond".

The fugitive billionaire and his family, including his brother Nehal and uncle Mehul Choksi, the promoter of Gitanjali Group, left India in January last year, weeks before the fraud that came to be known as PNB scam surfaced.

The Enforcement Directorate has said Nehal and other family members helped his fugitive brother in laundering money and destroying evidence. 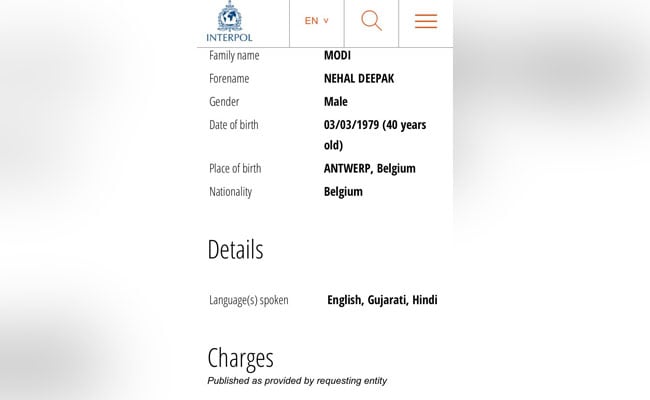 Nirav Modi has been accused of forging bank guarantees known as letter of undertaking (LOU) that allow its customer to raise money from another Indian bank's foreign branch in the form of a short-term credit. He allegedly channelled this money into shell companies.

The authorities in India are trying to recover as much money as they can via auctions of Nirav Modi's assets. His properties in Dubai have been seized by the Enforcement Directorate. In raids in February last year, the probe agency said it has seized valuables including jewellery worth Rs 5,600 crore.

A sprawling sea-facing bungalow of Nirav Modi in Maharashtra's Alibaug, estimated to cost over Rs 100 crore, was demolished in March.