Delegations from at least 70 nations have confirmed their participation in the high-profile event, according to media reports. 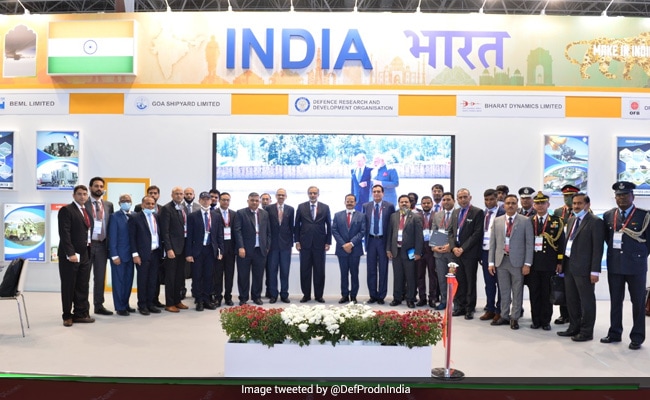 The Army-2020 is taking place at Patriot Park, in Moscow, Russia.

The India Pavilion at the Army-2020 International Military and Technical Forum was inaugurated by Secretary (Defence Production) Raj Kumar and Indian Ambassador DB Venkatesh Verma outside Moscow, the Indian Embassy in Russia said on Sunday.

"Secretary (Defence Production) Raj Kumar and Ambassador inaugurated the India Pavilion at Army-2020 outside Moscow and visited other pavilions showcased at the exhibition, including India-Russia Brahmos JV pavilion," the Embassy tweeted.

The Indian officials also attended the plenary session of Army-2020.

The forum, organised by the Russian Defence Ministry, will be held from August 23-29 at the Patriot Park near Moscow, which has been the venue since 2015, TASS reported.

Delegations from at least 70 nations have confirmed their participation in the high-profile event, according to Sputnik.

This year, due to the restrictions caused by the COVID-19 pandemic, many countries did not send their delegations to the forum. However, many embassies, including the Embassy of South Africa and the Embassy of the Philippines, have already confirmed to Sputnik that they will send defence attaches for the event.

Meanwhile, Belarus, Brazil, India, Kazakhstan, and Pakistan will present the national expositions at the Patriot Congress and Exhibition Centre.

The forum will showcase over 730 pieces of Russian weapons and equipment, as well as 28,000 exhibits from industrial enterprises for a free inspection.

The Russian Defence Ministry earlier announced that the forum will hold a unique exhibition tracing the development of Russian tanks throughout history. For the first time, a line of 23 tanks and armoured vehicles were deployed in an open area in Patriot Park.

The forum will also host discussions among global military officials, researchers and defence industry experts about the application of 3D technologies in designing, manufacturing and operating weapons and military equipment, Sputnik reported.