International Day of Sign Languages: According to the Convention on the Rights of Persons with Disabilities, "sign language is inseparable from deaf people's human rights. Without sign language, deaf people are not equal". 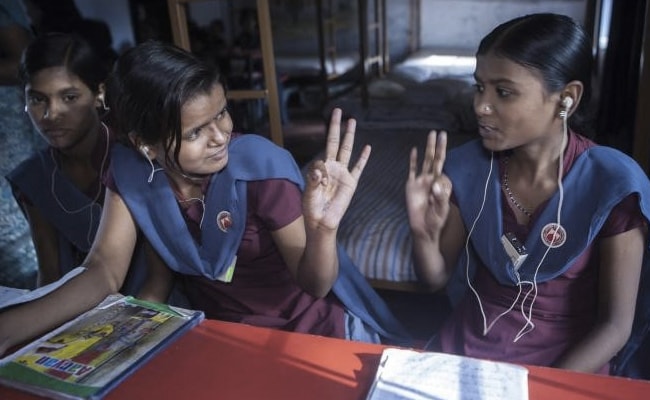 International Day of Sign Languages Image: The day is observed on September 23

International Day of Sign Languages: When did it start

The International Day of Sign Languages was first observed in 2018 as part of the International Week of the Deaf. It also commemorates the day the World Federation of the Deaf (WFD) was established in 1951. The WFD works towards ensuring the human rights of deaf people worldwide. According to the WFD, there are around 72 million people worldwide who use sign language.

72 million people around the are deaf.

This year the WFD is issuing a Global Leaders Challenge, which aims to "promote the use of sign languages by local, national, and global leaders in partnership with national associations of deaf people in each country, as well as other deaf-led organisations".

“Yay! Why am I so happy? Because today the world is celebrating Sign Language Day. Not only in America but all over the world, all different signed languages. Finally! I love you!” #InternationalSignLanguageDay#SignLanguageDay#signlanguageforallpic.twitter.com/p1wggHh8Io

Prime Minister Narendra Modi on March 23, when the nationwide lockdown was announced, had shared a video on "valuable information on social media on COVID-19" in sign language.