The INS Kalvari will be the most modern non-nuclear submarine in the Navy and is powered by an extremely silent diesel-electric motor making it very difficult to detect underwater. 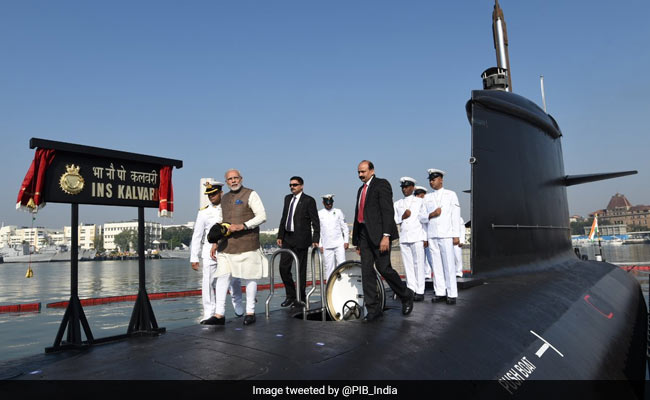 New Delhi: INS Kalvari, India's deadliest Scorpene class submarine, joined the Navy today. "It is the best example of Make-In-India," said Prime Minister Narendra Modi after commissioning the submarine in Mumbai. Six Scorpene-submarines are being built by Mazagon Dock Limited as a part of Project-75 of the Indian Navy. The remaining five boats of the Project 75 will be delivered by the yard to the Navy by 2020. India has just about 15 submarines, a mix of Russian-origin Kilo class vessels and German HDW submarines. China has four times as many.

Here are 10 things to know about INS Kalvari: