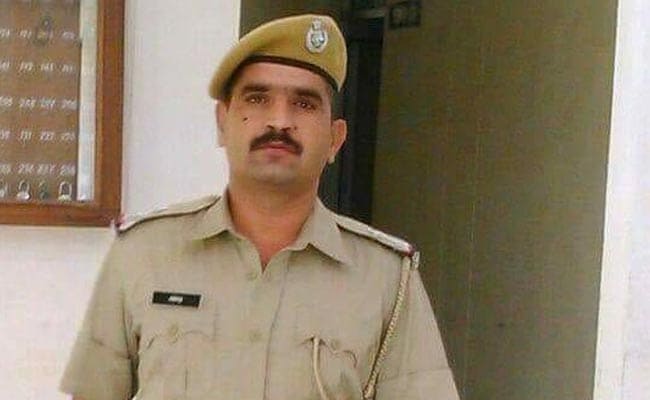 Jaipur: A policeman who was critically injured during Monday's protests by Dalit groups in Jodhpur has died. Sub-inspector Mahendra Chaudhary died today afternoon when he was being taken to Ahmedabad for further treatment.

Violence broke out in many parts of the country yesterday, including parts of Rajasthan, during protests by Dalit groups over what they call dilution of a law that's meant to prevent atrocities against them. One protester was killed in police firing in Alwar.

In Jodhpur, clashes were reported at several places as the protesters tried to forcibly shut shops and marketplaces besides indulging in stone pelting and arson.

Mr Chaudhary was posted at the Paota circle when he was injured as a mob threw stones at the police. Hemmed in by the crowd, he was rescued by some of his colleagues. But as he was being taken away, he suffered a heart attack. He was immediately taken to hospital where doctors revived his heartbeat through cardiopulmonary resuscitation.

As his condition improved marginally today morning, he was being taken to Ahmedabad by road but he died near Mehsana. Mr Chaudhary, who was earlier a constable, had cleared the departmental exam four years ago to become a sub-inspector.

Promoted
Listen to the latest songs, only on JioSaavn.com
Today, clashes broke out in Hindaun when a mob of some 5000 people demanding action against those involved in vandalism during Monday's protest turned violent.

The houses of a lawmaker of the ruling BJP and of a former Congress legislator were set ablaze in Hinduan town of Karauli district. Curfew has been imposed in the town and internet services have been suspended. Senior district administration officials are camping in the area.