Indrani Mukerjea's Son Says He Knows Why She Killed Sheena 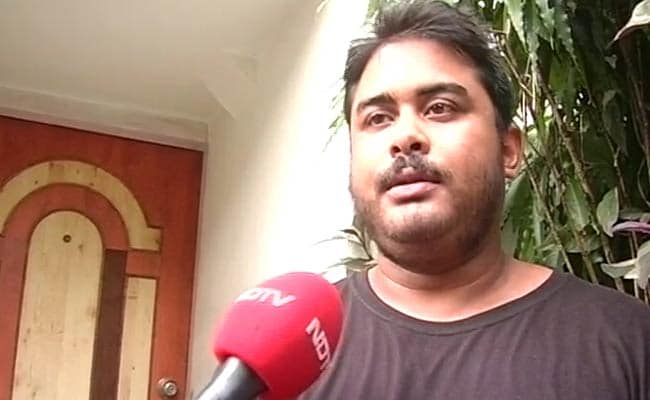 Mikhail Bora says he was under the impression that his sister had gone to the US.

Guwahati: The son of Indrani Mukherjea -- wife of former Star India chief Peter Mukerjea who was arrested on Tuesday for the murder of her daughter Sheena Bora - has said he knows the "exact reason" of the crime. But he said he would reveal it on August 31, only if she failed to confess to the police.

"I believe our mother killed my sister. I know the exact reason of the murder and it is not the ones that are being told to the media," Sheena's brother Mikhail Bora, who stays with his maternal grandparents here, was quoted as saying by news agency Press Trust of India. "If she does not (confess), then I will do whatever is necessary."

Sheena was Indrani's daughter by her first marriage, but everyone was led to believe she was her sister. She was never seen after 2012, and was believed to be in the US by her family and friends.

The murder came to light after Indrani's driver Shyam Rai was arrested in a different case and told the police about the murder. The body was recovered from the forests of Raigad, 84 km from Mumbai.

Mikail told NDTV that the motive for the murder could not be financial.

"The motive that is being talked about in the media -- that it is a property matter -- I don't think it is," he said. "This house belongs to my grandfather. He had this for 30 years. We are not rich... we are below middle class, I can say."

Indrani, he said, had shared a very casual relationship with Sheena and she had always concealed that she was Sheena's mother. But he added that it was unlikely that Peter Mukerjea was unaware of the actual relation between Sheena andf Indrani. "He (Peter Mukerjea) must have known the whole matter," he said.

Asked about the affair between Sheena and Mr Mukerjea's son from a previous marriage, Mikhail said he once talked to him about it. "I told him it is a family matter... She is a girl, she can have an affair. I'm no one to stop her."

Admitting that he and his wife were against the affair, Mr Mukerjea had told NDTV, "Indrani was unhappy, so was I, about Sheena's affair with my son...There was a lot of pressure from her parents as well."