The Defence Ministry has reached out to Indian companies interested in building six submarines with a foreign partner. 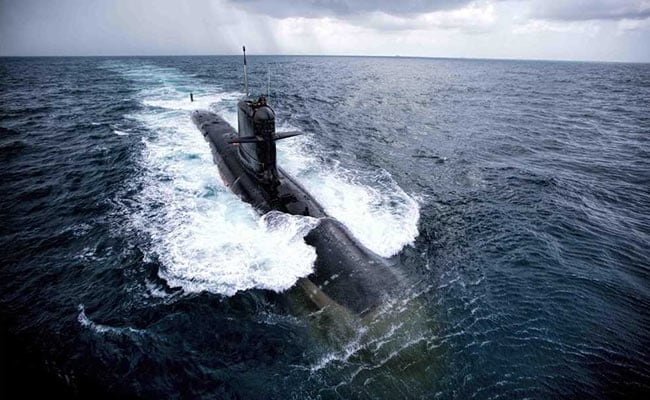 India is looking to acquire at least 6 diesel-electric submarines in the class of INS Kalvari (Above).

The government has taken a big step towards opening up a second production line for advanced diesel-electric submarines for the Indian Navy. As part of the Project 75-I project, leading international submarine manufacturers who are interested in the Rs 45,000 crore project will need to work with an Indian Strategic Partner which will construct the submarines in India.

Indian companies interesting in taking on the mega-project are expected to respond to today's announcement within two months. The government says ''the Indian companies would be shortlisted based on their capability for integration of system of systems, expertise in shipbuilding domain and their financial strength."

Once Indian companies express their interest in the project, the government will move to its Request for Pricing (RFP) stage in the procurement process on the basis of which commercial bids will be examined.

This will result in a shortlist from which the name of the lowest bidder will be announced as the winner of the competition.

That joint venture- the Indian company along with its foreign partner, will then begin the process of constructing the submarines in the country. It is unlikely that the first made in India submarine under Project 75-I will be commissioned into the Navy before another five years.

After the Kargil war, the Cabinet Committee of Security had approved a thirty-year submarine building plan from two production lines which were to be set up in India. These would include conventional submarines and nuclear powered ones.

While the Navy has been manufacturing the French designed Scorpene Class submarine at the Mazgaon docks in Mumbai under Project-75, the more ambitious Project-75I project has been badly delayed.

Today's move is the second major step taken by the Modi government as part of its Strategic Partnership Model. Earlier, the government had cleared the procurement of 111 Naval Utility Helicopters (NUH).

The Indian Navy presently operates 14 conventionally-powered submarines and is the process of inducting five more Scorpene class submarines which are at various states of construction and acceptance trials. The Navy also operates two nuclear ballistic missile submarines, both made in India and a Russian-built nuclear powered fast attack submarine. India's nuclear submarine arm is based in Visakhapatnam while diesel electric submarines are primarily based both in Mumbai and Visakhapatnam.