Dentist Puneet Mehra, 35, a doctor from Mumbai, has sought help from the Indian government to get his mother's body back from China. 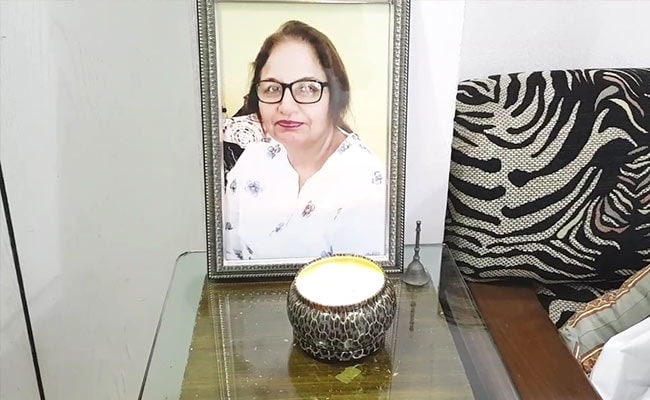 63-year-old Rita Mehra from Australia, died on the flight due to a heart attack.

The Indian Embassy in China is making all efforts to bring back the body of a Mumbai-based woman, who died of a heart attack on board an Air China flight from Melbourne, that is stuck in the morgue of a hospital in Zhengzhou due to transport restrictions in that country in the wake of the coronavirus epidemic.

Dentist Puneet Mehra, 35, a doctor from Mumbai, has sought help from the Indian government to get his mother's body back from China. The body has been kept at the morgue of a hospital in Zhengzhou, Henan Province, since January 24, when Rita Rajinder Mehra died.

The body needs embalming and there are three designated centres for it in China -- Beijing, Shanghai and Guangzhou -- and there are inter-provincial traffic restrictions, especially for foreigners, sources said.

After the Indian Embassy intervened, Henan province authorities have issued a death certificate, they said.

All efforts are being made by the Indian mission to bring back the body of the woman, sources said.

Bodies of 20 other foreign nationals are stuck in China due to the restrictions in place in the wake of the coronavirus outbreak.

Mr Mehra had told PTI that the Embassy of India at Beijing informed him on Monday that the transportation of his mother's body has got delayed in view of the restrictions on movement of people and vehicles in China after the coronavirus outbreak.

According to the doctor, he and his mother were travelling from Melbourne to Mumbai via Beijing on Air China flight.

After about nine hours of the flight takeoff, his mother went to the lavatory. But, as she failed to return to her seat, Mr Mehra alerted the crew.

The lavatory door was later opened and Mr Mehra's mother was found in an unconscious state, he said.

A doctor and a nurse, who were among the passengers, and the crew tried cardiopulmonary resuscitation and later the plane made an emergency landing at Zhengzhou airport, but the woman died by then.