Currently, a 1961 untitled work by VS Gaitonde that sold for Rs 39.98 crores at another Saffronart sale earlier this year is the most expensive Indian art sold globally. 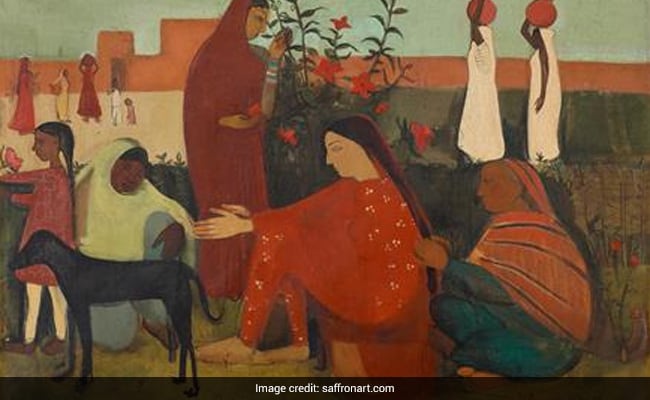 The oil on canvas was created by Amrita Sher-Gil in 1938.

Currently, a 1961 untitled work by VS Gaitonde that sold for Rs 39.98 crores at another Saffronart sale earlier this year is the most expensive Indian art sold globally.

The oil on canvas created by Sher-Gil in 1938, a few years after her return to India, also set a world record for the artist.

The work was painted at the artist's family estate in Gorakhpur and showcases a group of women engaged in myriad activities in a field.

"The record-breaking sale of Amrita Sher-Gil's seminal painting is a clear indication of her artistic merit and is a testament to her skill and talent.

"The work highlights her growth and development as an artist and is a culmination of years of coming into her own as an artist of repute," said Saffronart CEO and co-founder Dinesh Vazirani in a statement.

He added that the work was also a rare piece by the artist from that particular period to emerge in the art market.

Among other highlights of the sale that achieved a total value of Rs 54.25 crore, were N S Bendre's untitled painting from 1985, and F N Souza's untitled work from 1956 that sold for Rs 1.67 crore, and Rs 5.04 crore respectively.

"It is the second-most expensive work sold by Bendre in auction. The highest work sold by the artist was for Rs 1.98 crores at Saffronart's Spring Live Auction earlier in March 2021," the auction house said in a statement.