India Won't Back Out Of Buying S-400s From Russia: Indian Ambassador To Russia

Pankaj Saran said that military-technical cooperation between India and Russia was discussed during the Sochi meeting between PM Modi and Vladimir Putin. 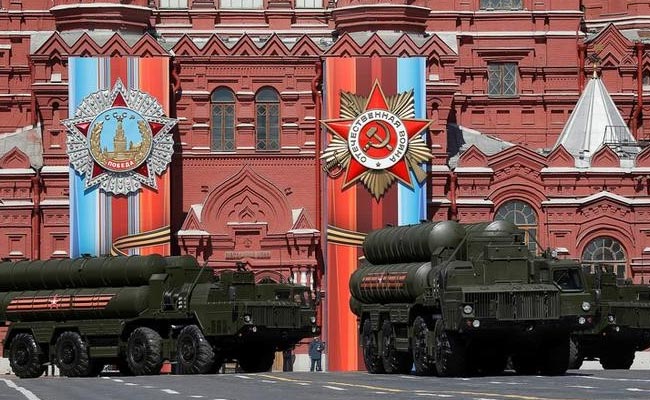 Moscow: India is committed to all its military-technical agreements with Russia and won't back out of the proposed purchase of the Russian-made S-400 Triumf advanced air defence system despite US concerns, Indian Ambassador to Russia Pankaj Saran said.

He said that military-technical cooperation between India and Russia was discussed during the Sochi meeting between the top leaders of the two countries in May.

"We are committed to all our agreements in this sphere, including purchase of S-400. India has a long history of military-technical cooperation with Russia based on trust and mutual benefit. There is no change in the approach of India to our partnership in this field," Saran said in an interview with TASS news agency.

While refusing to fix any time-frame for the signing of the Rs 39,000-crore deal on supply of S-400s, he said: "I can only say that we have achieved significant progress in the negotiations."

Mr Saran's remarks come days after a top US Congressmen, Republican Mac Thornberry, Chairman of the House Armed Services, told a group of journalists that there was a lot of concern in both the Donald Trump administration and the Congress regarding the S-400 missile system being acquired by any of American partners, including India.

Mr Thornberry, who was in India last week, said if New Delhi went ahead with the purchase, it would complicate "our ability to work out inter-operability" at a time when the US had issued sanctions against Russian oligarchs and companies. These include Rosoboronexport, the state-owned Russian weapons trading company.

The Congressman said the US was making sanctions against Russia "flexible" for its allies like India to allow them breathing room to continue dealing with Moscow -- but only to maintain their legacy equipment and at the same time they must wean themselves off Russian equipment.

In response, Defence Minister Nirmala Sitharaman had said the US sanctions were not binding on India and that New Delhi will go ahead with the proposed purchase of S-400s. She said that India's ties with Russia were independent of external influences and relationships with other countries and the same had been conveyed in all its engagements with the US.

Earlier, Prime Minister Narendra Modi visited Russia on May 21 for an informal summit with President Vladimir Putin in the summer beach resort of Sochi amid US sanctions against Moscow.

Describing the Sochi summit as a historic event, Mr Saran said that for the first time Vladimir Putin and PM Modi spent most of their time together in an informal setting without delegations.

"This summit was characterized by a special personal chemistry between the two leaders. The reason for this unscheduled meeting was that both sides wanted to exchange opinions on key global and regional issues including development of situation in Afghanistan, Syria and Iran as well as to discuss matters of bilateral interest.

"Today relations between India and Russia are important not only for our two countries but also for the region and the whole world. And we would like to build a multi-polar world where India and Russia will contribute to global stability," he said.

Promoted
Listen to the latest songs, only on JioSaavn.com
India's deep military and strategic ties with Russia date back to the beginning of the Cold War even as New Delhi led a movement of "non-aligned" countries that declared their tilt with neither Washington nor Moscow. However, India always leaned toward the then USSR.

India still buys over 60 per cent of its defence equipment from Russia. At present, the Indian armed forces are 70 per cent equipped with Soviet or Russian weapons.