Apart from the reconstruction of the schools, the Indian government has also extended a hand in reconstructing houses in Nepal's Gorkha and Nuwakot. 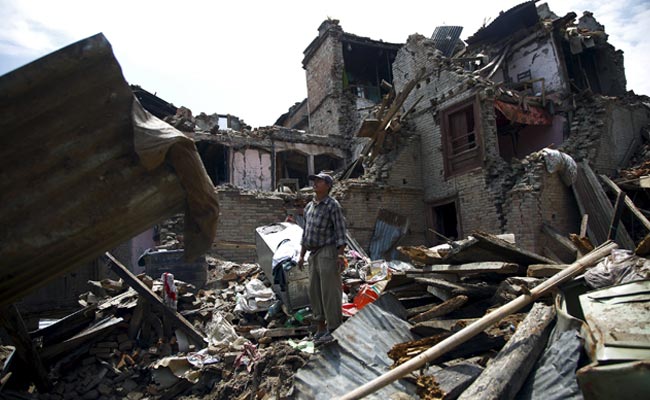 India will reconstruct a total of 56 higher secondary schools in seven districts of Nepal as part of post-earthquake reconstruction in the Himalayan nation with a grant of 2.95 billion Nepali rupees.

"The Embassy of India and the Central Level Project Implementation Unit (CLPIU) of the Ministry of Education, Nepal signed seven Memorandum of Understandings (MoUs) for re-building 56 higher secondary schools located in Gorkha, Nuwakot, Dhading, Dolakha, Kavrepalanchowk, Ramechhap and Sindhupalchok districts of Nepal," Indian Mission in Kathmandu stated in a release.

The devastating earthquake in 2015 reduced thousands of schools in Nepal to rubbles and Gorkha, Nuwakot, Dhading, Dolakha, Kavrepalanchowk, Ramechhap and Sindhupalchowk were amongst the severely-hit districts of the Himalayan nation.

The schools will now be earthquake made resilient and have some add-on facilities.

"These schools will be re-built as per the Government of Nepal's norms for earthquake-resilient reconstruction. The school infrastructure will consist of academic blocks, classrooms along with furniture and separate sanitation facilities for boys and girls," the release said.

The Central Building Research Institute (CBRI), Roorkee, a premier institute in India in earthquake-resilient reconstruction, will be providing technical hand-holding for re-building these schools.

Apart from the reconstruction of the schools, the Indian government had also extended a hand in reconstructing houses in Gorkha and Nuwakot.

The Indian government had supported the construction of 50,000 houses in Gorkha (26,912 beneficiaries) and Nuwakot (23,088 beneficiaries). New Delhi appointed UNDP and UNOPS as socio-technical facilitation consultants for these two districts, respectively in March 2018.

The reconstruction drive initiated by the Indian government with UNDP's consultation in Gorkha district has brought smiles on the faces of the beneficiaries here.