India to Firm up Stand at World Trade Organization 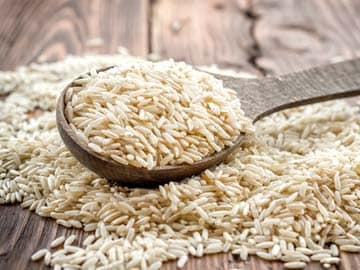 New Delhi: India is all set to reject the pressure of developed nations on pushing the World Trade Organisation's Bali agreement if its demands on food security issues are not addressed at a General Council meeting in Geneva on Thursday, setting up a nail-biting showdown over a deal New Delhi says should safeguard its $12 billion (around Rs 72,140 crore) anti-poverty food programme.

At a meeting on Tuesday, Prime Minister Narendra Modi, Finance Minister Arun Jaitley and Commerce Minister Nirmala Sitharaman gave final touches to India's stand. While in opposition, the BJP had opposed the Bali deal, saying it was skewed in favour of developed nations.

India is the most prominent of a group of developing nations angry with rich countries for failing to address their concerns about a deal on trade facilitation struck by WTO member states in Bali, Indonesia, last year.

India stockpiles food for its poor, citing the need for food security, but doing so puts it at risk of breaking the rules of the 160-member WTO, which worries that the stockpiling of subsidised food can distort trade. In Bali, WTO members agreed to give India a pass on its stockpiles until 2017, while negotiating a permanent solution.

India wants rules on food subsidies changed and worries that the WTO agreement as it stands does too little to guarantee that.

"India's stand is that it will not move forward on Trade Facilitation Agreement (TFA) if a concrete roadmap to find a permanent solution on public food stockpile which is necessary for the food security programme is not agreed upon," a top government source said.

Proponents of the Bali deal believe it could add $1 trillion (around Rs 60 lakh crore) to global gross domestic product and 21 million jobs by slashing red tape and streamlining customs, eliminating delays at the border that can often cost more than tariffs themselves.

But New Delhi and other emerging market governments are worried that once the deal is signed, developed countries will forget about concerns of the developing world. Officials point out that since the deal was struck in Bali, WTO discussions have focused almost entirely on trade facilitation with no talks on the subsidy issue.

Promoted
Listen to the latest songs, only on JioSaavn.com
The row over subsidies has raised fears that the so-called trade facilitation agreement, the first ever global trade agreement under the WTO, will be derailed. A failure at tomorrow's meeting could prove disastrous for the moribund World Trade Organization or WTO and the system of global free trade deals it underpins.

In principle, the WTO could pass the agreement on the basis of a qualified majority, but experts say that would be unprecedented and virtually impossible in an organisation that operates on consensus. India is considered an influential member.