Maitree 2018: The joint military training exercise was held at Chachoengsao in Thailand and ended last week. It was the eleventh edition of Maitree. 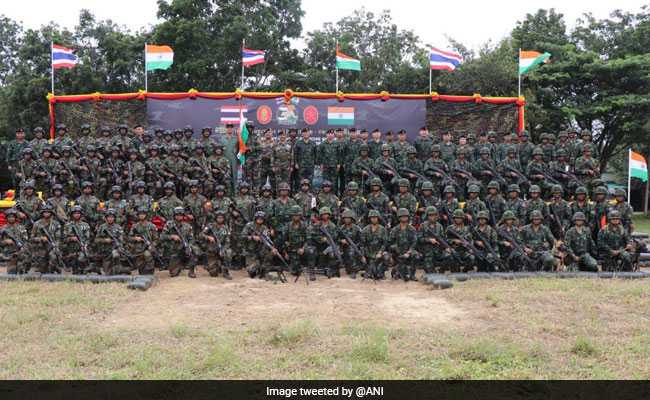 The army contingents of India and Thailand have rehearsed multiple scenarios in a joint exercise aimed at counter-terrorism and enhancing interoperability to meet any contingency around the globe, an Army spokesperson said on Thursday.

He said the joint exercise, Maitree 2018, provided an opportunity to the armed forces of the two countries for integrated training on tactical level operations.

"Multiple scenarios were rehearsed during the joint exercise with a view to understand each other's organisational structure and battle procedures. The exercise aims at a higher degree of jointmanship that would further facilitate interoperability between the armed forces of both countries to meet any unforeseen contingency across the globe," he said.

The spokesperson said the exercise is also an ideal platform to learn from each other's experiences of planning and executing operations with primary focus being "counter terrorism or counter insurgency operations in rural or urban environment under the mandate of United Nations."

The joint military training exercise was held at Chachoengsao in Thailand and ended last week. It was the eleventh edition of Maitree.

During the training exercise, both armies jointly trained, planned and executed a series of tactical operations for neutralising threats of varied nature.

The exercise culminated with a validation field test exercise consisting of various tactical operations. The validation exercise was witnessed by joint observer delegation of both armies consisting of senior generals and other senior commanders.